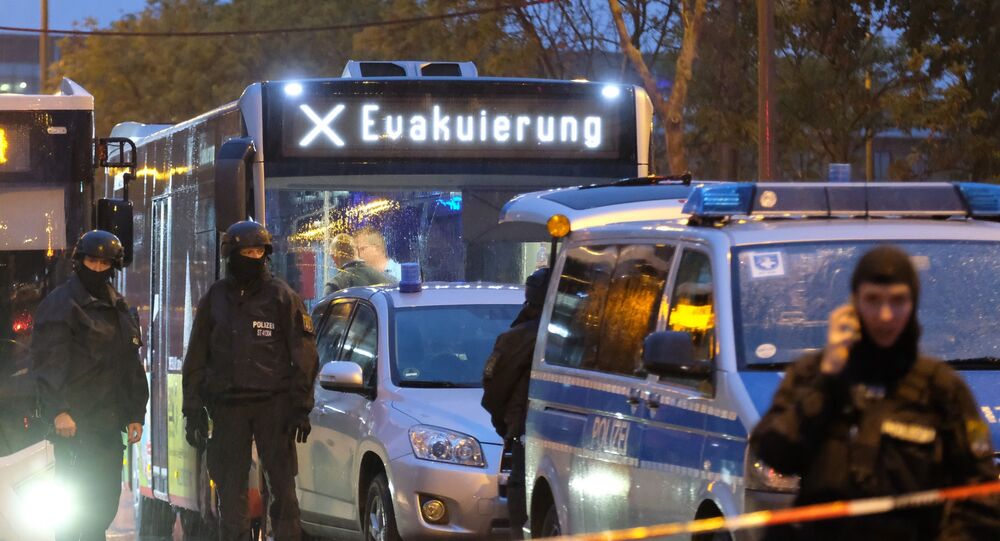 While the attackers’ exact motives remain unclear at this time, the president of the Central Council of Jews in Germany argued that considering the perps’ choice of target, an anti-Semitic angle "is to be assumed", while Germany's Foreign Minister, Heiko Maas called upon Germans "to act against anti-Semitism in our country."

As a deadly shooting rocked the German city of Halle on 9 October, the Central Council of Jews in Germany met news of this tragedy, which took place near a synagogue, with horror and deep shock.

Commenting on this tragedy, the council’s president Josef Schuster said that this heinous act that was carried out "on the highest Jewish holiday Yom Kippur" has left the Jewish community "deeply distressed and frightened".

"First and foremost, however, we are shocked that two people were killed by the unscrupulous culprit. Our sincere condolences are with their families. We also take care of the injured and wish them speedy and complete recovery", Schuster said.

He also argued that as the perpetrators sought to "invade the synagogue", along with the neighbouring Jewish cemetery, an anti-Semitic motive of the attackers "is to be assumed".

"The brutality of the attack surpasses anything that has happened in recent years and is a profound shock to all Jews in Germany. The fact that the synagogue in Halle was not protected by the police on a holiday like Yom Kippur is scandalous", Schuster said. "This negligence has now avenged itself bitterly. Miraculously, not more evil has happened."

The shooting spree, which claimed the lives of at least two people and left two others injured, took place in the vicinity of a synagogue in Halle.

The exact motives of the perpetrators, one of whom was reportedly described by the head of the Halle Jewish Community as "a heavily armed attacker with a helmet and rifle", currently remain unclear.