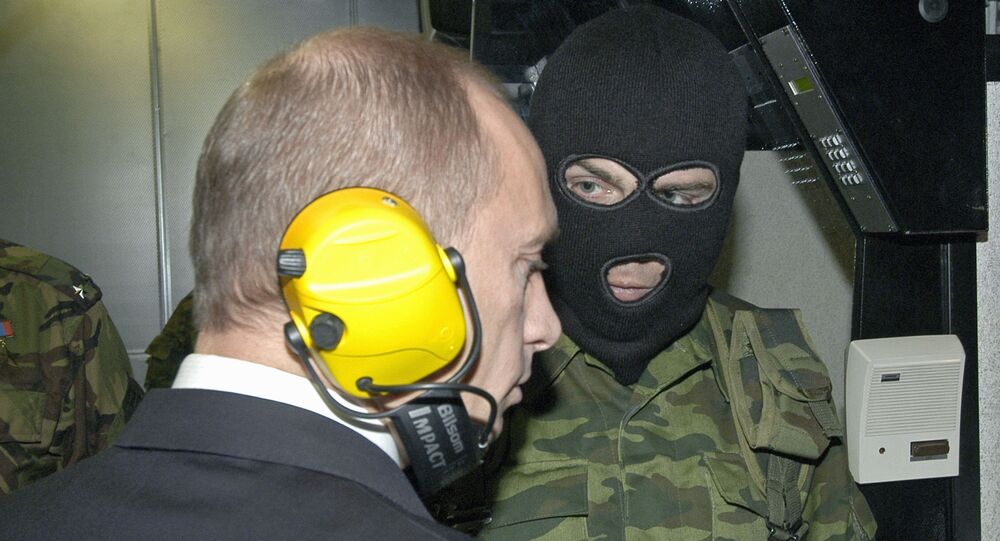 Earlier, the US’s ‘newspaper of record’ reported that Russia’s GRU military intelligence service had created an elite but surprisingly frugal and sloppy military formation designed to engage in ‘destabilisation’ operations across the European continent.

The New York Times’ story on ‘Unit 29155’, an alleged assassin and sabotage squad made up of the most terrifying “veterans of Russia’s bloodiest wars,” sounds like something out of a cheap escapist fiction novel, Kremlin spokesman Dmitry Peskov has said.

“Such publications are, let’s say, from the category of pulp fiction,” Peskov said, speaking to reporters on Wednesday. Answering a reporter’s question on whether Moscow was really interested in the ‘destabilisation of Europe, the spokesman answered bluntly: “No way.”

“Of course, and President Putin has repeatedly said this, Moscow is interested in building good relations with Europe as a whole and with individual European countries at a bilateral level. This is something that has been repeatedly spoken of and confirmed,” Peskov said.

In its Tuesday piece, the New York Times charged the supposed ‘Unit 29155’ with all kinds of crimes, from attempting to destabilise the Moldovan government, to trying and failing to kill a Bulgarian arms dealer, to a failed attempt to seize the Montenegrin parliament building, to a failed mission to kill a former intelligence officer in southern England in March 2018, and more.

According to NYT, Russia is supposedly engaged in a secret “war with a Western liberal order that it views as an existential threat,” and hence uses forces like Unit 29155 to engage in “diversionary” missions across Europe. Despite the supposed importance of the unit’s mission, NYT pointed to its shoestring budget, and history of sloppiness and failure wherever it seems to go.

The story is just one of dozens of anti-Russian propaganda pieces regularly featured in US media in recent years. Such stories have been featured so regularly that the Russian Embassy in Washington recently released a 120+ page report on anti-Russian disinformation, listing story after story of fake news, groundless or distorted claims, and Russiagate, the debunked claim that Moscow somehow interfered in the 2016 US election to elect Donald Trump.