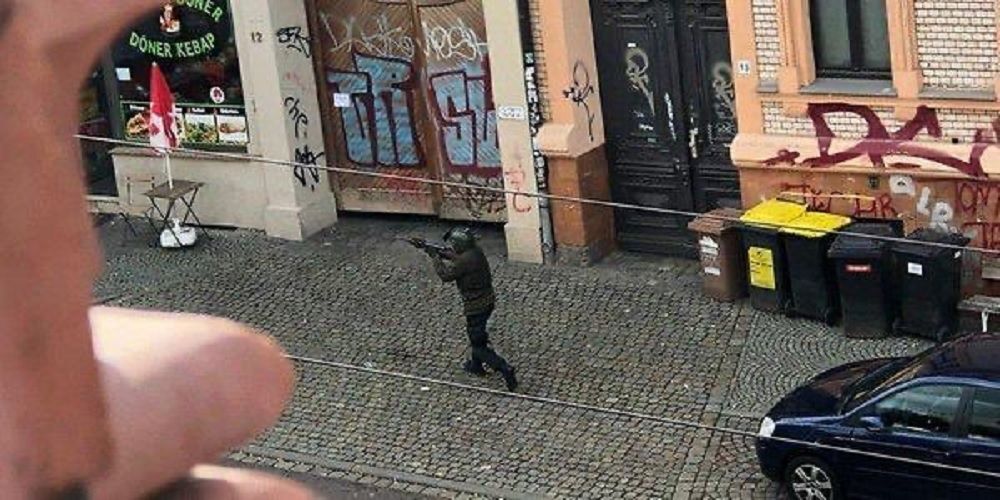 At least two people were killed in a shooting spree near a synagogue that rocked Halle, Germany earlier on Wednesday. German police have detained one of the perpetrators of the attack.

Footage from Halle where two people were killed in a shooting earlier this day has emerged online in which one of the perpetrators of the attack wearing what looks like a military outfit is seen coming out of a car before firing a weapon several times.

At least two people died in the incident that took place in Halle, Germany this afternoon. The assailants reportedly fired several shots with a submachine gun, shot a woman and injured several people. The culprits remain on the loose and are reportedly heading in the direction of Leipzig.

One of the attackers installed a self-made explosive device near the synagogue in the afternoon and also attempted to enter the building, dpa reported, citing police sources.

​The deadly shooting near the synagogue took place when the Jewish population is celebrating Yom Kippur - an important day in the Jewish calendar.