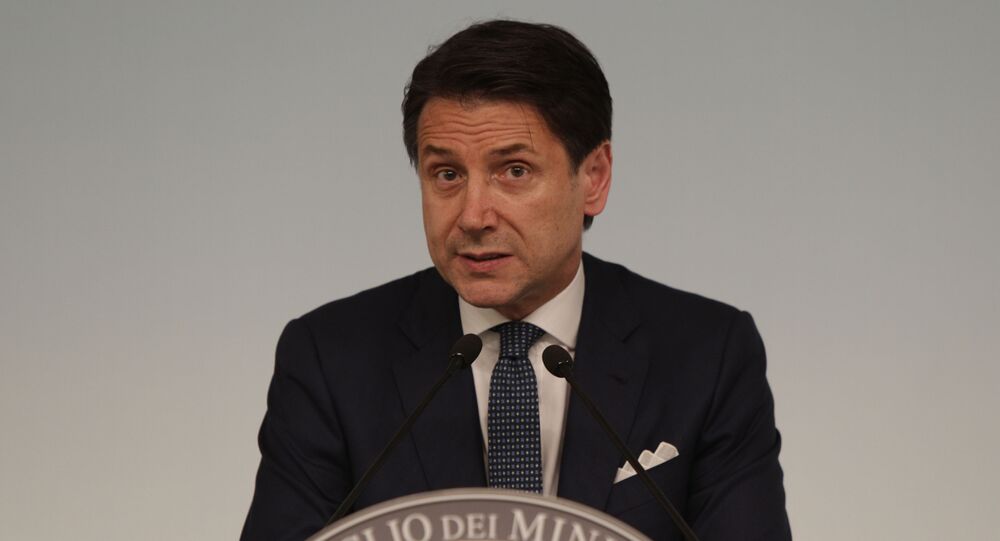 ROME (Sputnik) - Italian Prime Minister Giuseppe Conte urged on Tuesday to make efforts to avoid a trade war between the United States and the European Union, saying that Washington's decision to impose new tariffs on EU goods could be particularly damaging to national producers.

"We should admit that the US tariffs on European goods will have severe impact on Made in Italy products. Therefore, we will work with the utmost determination and conviction to protect our economic interests. We will do this through negotiations with our American allies and in synergy with the European Union", Conte said at his joint conference with Prime Minister of Belgium Charles Michel in Rome.

The Italian prime minister noted that a rise in protectionism in the relations between Washington and Brussels would be the worst scenario, adding that there was a need to prevent the trade war between the partners.

"We must prevent the development of the trade war that would be disastrous for all. Increasing protectionism is the least desirable path in relations between the two strategic partners, which are the European Union and the United States", he said.

Last week, the World Trade Organization (WTO) ruled that the US could impose tariffs on $7.5 billion worth of EU goods as retaliation for the bloc’s unlawful subsidies to Airbus. Washington is now requesting 10 percent tariffs on civil aircraft and 25 percent tariffs on a number of food products, including wines and Scotch whiskey.

Though the levies mainly target France, Germany, Spain and the United Kingdom as the countries forming consortium Airbus, the US anger did not spare Italian cheese either.

Europe and the US have been entangled in the tariff war since May 2018, when the latter slapped tariffs on steel and aluminum imported from the EU.

Back then, the bloc retaliated with 25 percent tariffs on US motorcycles and other items, including whiskey.

This time, Brussels has wowed to retaliate again if the tariffs take effect. Moreover, the WTO is expected to rule on Europe’s complaint against US subsidies to Boeing early next year, with the bloc asking for a similar amount of "countermeasures".