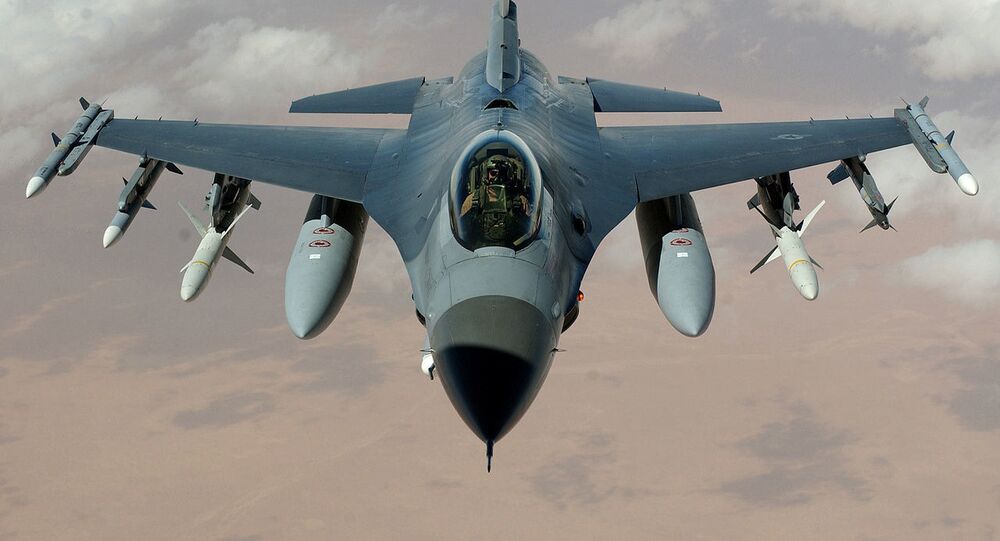 Last month, two airmen were killed and one was injured in a car accident on Spangdahlem Air Base’s perimeter road. The cause of the crash is under investigation. The base hosts the only US Air Force fighters in Germany - F16 C/D Fighting Falcons.

An F16 belonging to the US Air Force crashed over uninhabited territory near the western German city of Trier, a spokesman for German Air Force has said.

According to a U.S. air force spokeswoman, the jet was piloted by a US flier and it crashed at around 1500 local time (1300 GMT) during a routine training flight and there had been no casualties.

The crash was first reported by SWR broadcaster.

It added that the pilot had managed to eject safely. According to officials, he was hospitalised but no information about the nature of his injuries has been available so far.

​Police also warned local people against entering the area where the plane crashed as a rescue operation is underway.

The police added that the plane crashed near a US military base outside the town of Spangdahlem.

Large quantities of kerosene had been spilt over the site of the crash, SWR reports, citing police sources.