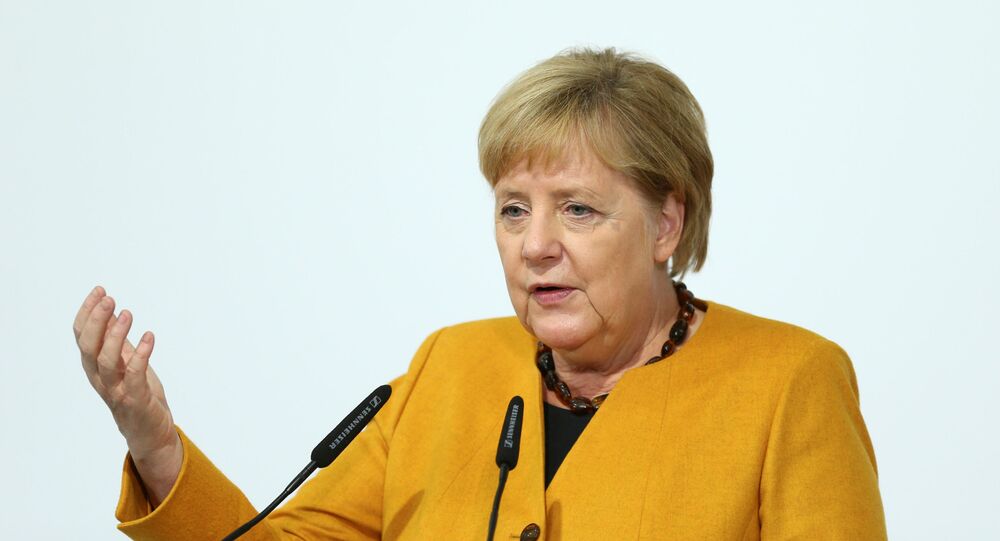 Last week, UK Prime Minister Johnson revealed his draft plan for EU withdrawal, which stipulated abandoning the so-called Irish backstop and offering the creation of a regulatory zone in Ireland with minimum border checks as an alternative. However, Brussels swiftly discarded the blueprint.

2. No 10 says PM stressed to Merkel UK believes they had put forward a reasonable new deal, but with no desire to engage on EU side + this demand on NI staying in Customs Union a deal is 'essentially impossible'

According to Kuenssberg, the Brexit negotiations are close to 'breaking down' while the chances of a deal 'just died.'

4. Feels like any chance of a deal this month just died

The Labour party reacted to the reports saying that it was another "cynical attempt" to sabotage the negotiations.

"Boris Johnson will never take responsibility for his own failure to put forward a credible deal. His strategy from day one has been for a No Deal Brexit. It is now more important than ever that parliament unites to prevent this reckless government crashing us out of the EU at the end of the month," the party stated.

Meanwhile, the Northern Irish Democratic Unionist Party has said that reaching a Brexit deal by Friday was unlikely.

"It looks difficult at the moment - I am very, very sad about that. What it does flush out is that the original backstop proposals were clearly something that certain Dublin politicians particularly in the government really felt was the end destination," DUP deputy leader Nigel Dodds told Bloomberg Television.

Dodds added that Merkel's comments indicate that the EU and Dublin's real endgame is to "trap Northern Ireland."

Johnson has said on multiple occasions that the UK will leave the European Union by the 31 October deadline.

However, British laws oblige the prime minister to ask for a Brexit extension if a deal is not agreed by 19 October.

The United Kingdom failed to leave the bloc on 29 March, as originally intended, because the withdrawal deal was voted down by UK lawmakers. The European Council gave the United Kingdom an extension until 31 October, with an option to leave earlier if the UK parliament passes the deal.