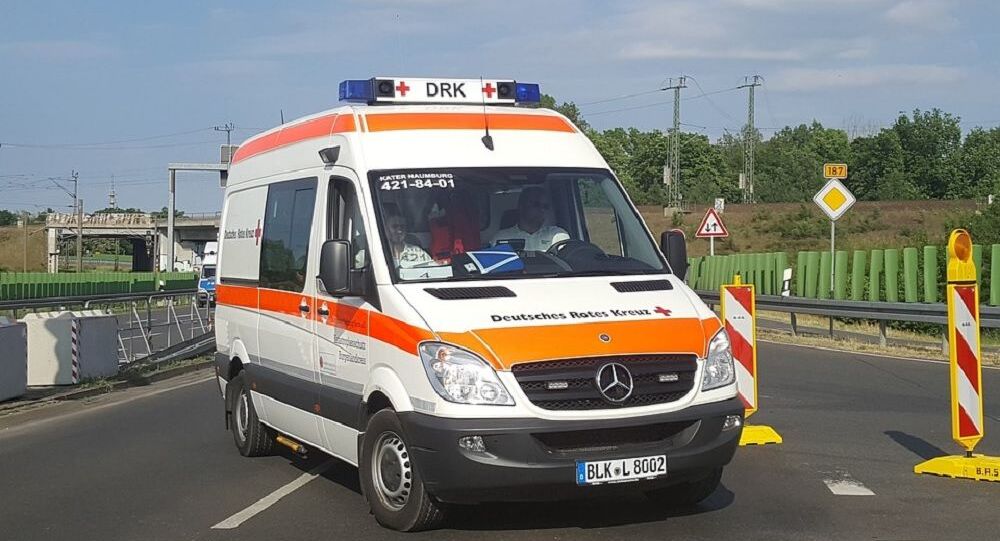 At Least 9 Injured as Truck Rams Into Traffic in Germany

Police determined that the truck was stolen at a local train station shortly before the attack. The authorities urge the media to not speculate on the assailant’s motives.

At least 9 people were injured on Monday after a truck rammed into traffic in the city of Limburg an der Lahn, located in Hesse, Germany, police have announced.

Earlier, media reports suggested that 17 people were wounded in the incident.

The truck was reportedly stolen earlier from a local train station, after the assailant forcefully dragged the driver from the truck, according to Frankfurter Neue Presse.

#Islamic #terror in #Limburg, #Germany. A man hijacked a #truck and rammed it into a number of cars. 16 victims I njured. Driver was heard calling out to #Allah several times. #Muslim #Migrants #Islam #Jihad #Sharia pic.twitter.com/YYj3fAOF6e

​The driver of the truck has been arrested. His motives remain unclear and the authorities urge that observers and the media wait for official investigation results and avoid speculation on the assailant’s motives. However, Frankfurter Neue Presse report indicates the driver was a Muslim, as he allegedly spoke Arabic and used the word “Allah” in his speech. The police does not rule out the incident was a terror attack at this point.

Germany the next terrorist attack??

In Limburg, a truck driver should intentionally rammed other cars.https://t.co/s0UJboO14R pic.twitter.com/mMUllm2Qzj

One person sustained heavy injuries and is in critical condition, the Presse report says.

​The attack left at least 8 vehicles damaged, with some people jammed inside their cars due to sheer force of the impact, police say.

No further details are immediately available.

Commercial Truck Veers Into Ditch, Catapults Onto Nearby Home

Ten People Killed, 16 Injured as a Result of Truck Ramming Into Crowd in China - Authorities

Motorcycle Meets Fiery End After Getting Stuck Under Truck