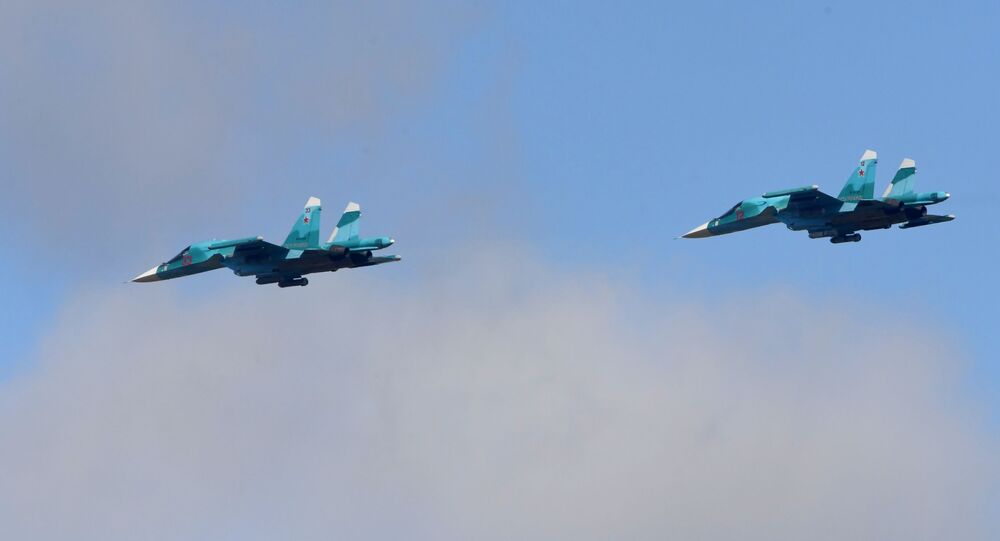 The Belgian Air Force, which has been policing Baltic airspace throughout September alongside the NATO alliance, had previously claimed to intercept two Russian Tu-160 supersonic bombers and two Sukhoi Su-27 fighters.

The NATO military alliance represented by the Belgian Air Force published two photos of Russian Su-34 and Su-24 supersonic fighters  on its official Twitter account, followed by a caption that during its one month of patrolling Baltic airspace the alliance conducted 109 flights and performed 8 interceptions, including the encounter with the Russian fighter jets.

After one month of safeguarding the Baltic airspace, the @BeAirForce conducted already 109 sorties totalising 191 flying hours. Our #F16 aircraft and crew were already scrambled 16 times and performed 8 interceptions. Yesterday our pilots encountered a #SU34 and SU-24. pic.twitter.com/FsnYyO4WYl

The black and white photos of the Su-34 and Su-24 were apparently taken from the lens of a thermal imager, however, the purpose of the detection of the planes from a bordering country was not explained by the alliance.

The Ministry of Defence of the Russian Federation has not yet commented on the incident.

On 17 September, the Belgian Air Force also claimed to intercept Russian Tu-160 and Su-27 fighters over the Baltic Sea, which is enclosed by Estonia, Latvia, Lithuania and some other neighbouring states.

NATO planes have been patrolling Baltic airspace since Estonia, Latvia and Lithuania joined NATO in 2004, as the states were not equipped with their own airplanes suitable for air patrolling.