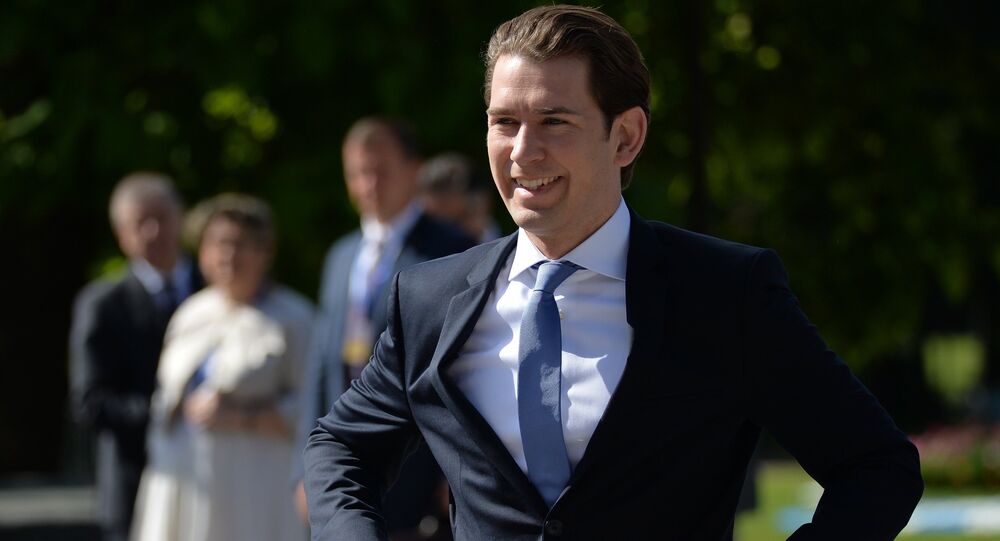 MOSCOW (Sputnik) - Austrian President Alexander Van der Bellen will give Sebastian Kurz, the leader of the People's Party (OVP), a mandate to form a new government on 7 October, the president's office announced on Friday.

"Federal President Alexander Van der Bellen will receive Chairman of the Austrian People's Party Sebastian Kurz on Monday, 7 October 2019, at 10:00 [08:00 GMT]. Following a conversation the president will present Sebastian Kurz with a mandate to form a government", the office said in a statement.

Kurz's party achieved a landslide victory in the nation's recent snap parliamentary elections, which were organised in the wake of a scandal involving the leadership of OVP's coalition partner, the Freedom Party of Austria (FPO), which led to the resignation of Kurz's previous government.

On 17 May, a seven-minute video filmed in 2017 was released showing Heinz-Christian Strache, who at the time was vice-chancellor and leader of the FPO, allegedly discussing exchanging government contracts for help in elections with an alleged niece of a Russian oligarch. The woman was later revealed to be a Bosnian student who was paid for the setup. This led to the parliament introducing a motion of no confidence in the government, which eventually resigned, and Kurz organizing snap elections.