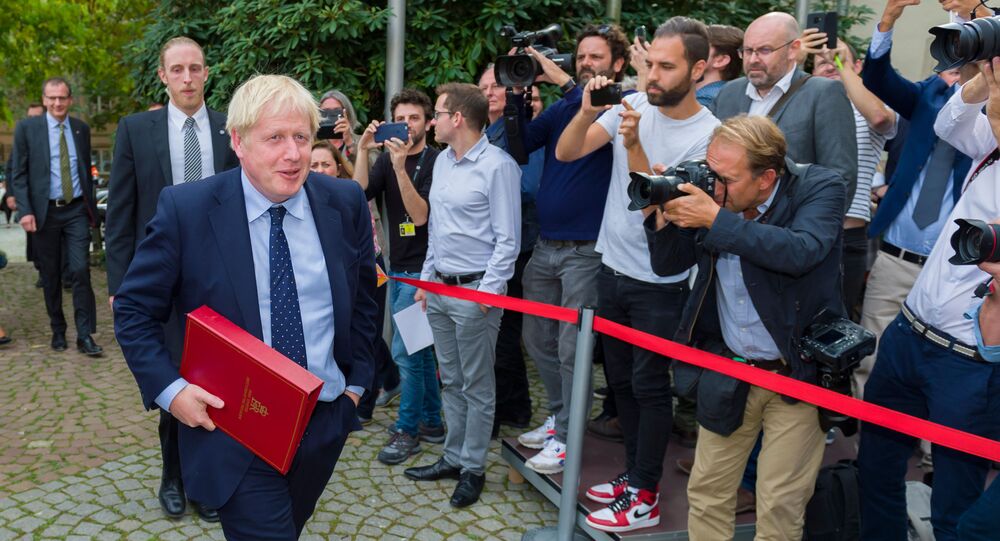 On Wednesday, the UK handed in an alternative to the Irish “backstop” plan, with the prime minister saying a no-deal divorce would be a “failure of statecraft” and threatening to walk away if the bloc doesn’t engage. The blueprint suggests that Northern Ireland would stay in the European single market for goods while leaving the EU Customs Union.

Brussels has given Boris Johnson a maximum of one week to make his Brexit plan acceptable to the European bloc, threatening that European leaders would otherwise refuse to discuss it at an upcoming "crucial" summit this month, The Times reported. The paper went on to say that given the new ultimatum, coupled with EU objections to his proposed alternative to the Irish backstop, Johnson is "highly unlikely" to reach a deal by the initial Halloween Brexit deadline.

Last night, European ambassadors set 11 October as the date for a "judgement call," according to key EU Brexit negotiator Michel Barnier, who told his colleagues that the government needed to "fundamentally amend its position."

On Wednesday, the UK government submitted an alternative to the so-dubbed Irish "backstop" deal with the European Union – a perpetual stumbling block in the UK's negotiations with European ambassadors.

In a gag-filled speech at the Tory gathering in Manchester, Mr Johnson said his government had made a "genuine attempt to bridge the chasm" with the EU and the Republic of Ireland, who have been dead set against a hard border with Northern Ireland. He referred to his plan whereby Northern Ireland would stay in the European single market for goods, but leave the Customs Union as "a compromise."

Shortly afterwards, the European Commission lashed out at the proposal pointing out "problematic points." Sources cited by media, also have alleged that Johnson will float another parliamentary prorogation to block further Brexit debates, despite his previous attempt to do so, ending in backlash from activists and a Supreme Court ruling that his action was illegitimate.

Opposition leader, Labour head Jeremy Corbyn meanwhile predicted that Johnson's "unrealistic and damaging proposals" would be outright rejected "in Brussels, in this House and across this country."

Mr Johnson reiterated that if he were unable to reach a deal with the EU, then the UK would leave without an agreement on 31 October; despite Parliament having passed the Benn Act - legislation which rules out a no-deal Brexit and orders the Prime Minister to seek an extension from the EU. He earlier indicated in his signature sharp-tongued manner, that he would rather be "dead in a ditch"  than approve another delay of Brexit – his key 10 Downing Street pledge.

Journo on Brexit: If There Is Delay Until After Christmas, I Don’t Think UK Will Ever Be Leaving EU