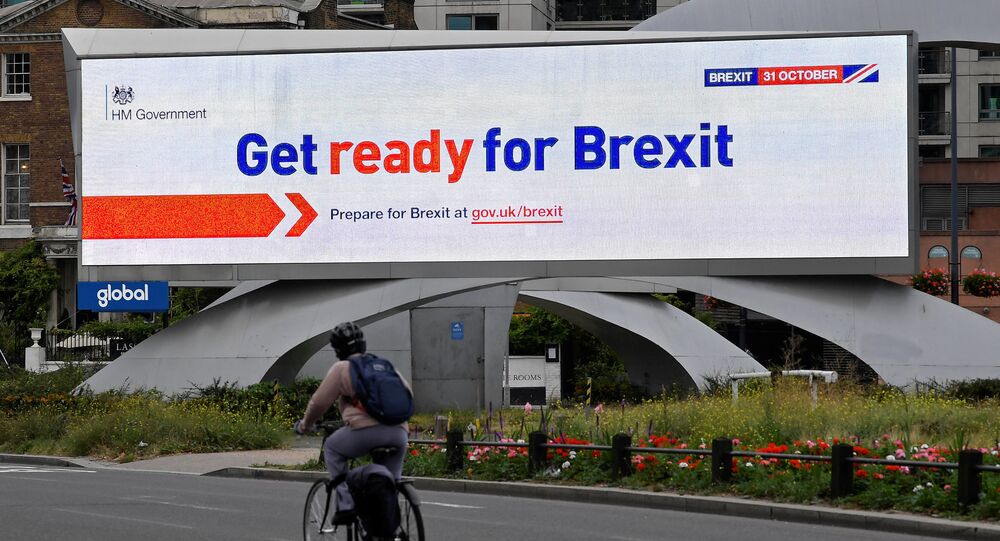 On Wednesday the UK government submitted an alternative to the so-called Irish “backstop” deal with the European Union. Prime Minister Boris Johnson has promised to hammer out a deal before the end of the month.

Boris Johnson told Parliament the European Union had reacted constructively to his proposals for a new deal but opposition leader Jeremy Corbyn predicted his “unrealistic and damaging proposals" would be rejected.

Mr Johnson told the House of Commons: "While as I stand here today we are some way from a resolution, it is to the credit of our European friends that they have accepted the need to address these issues.”

Boris Johnson says he is "disappointed by the tone" of Jeremy Corbyn's comments, one day after he gave a speech labelling the Labour leader a Marxist anti-Semite who should be blasted into space.

​Mr Johnson reiterated that if he was unable to reach a deal with the EU then the UK would leave without a deal on 31 October, despite Parliament having passed legislation - the Benn Act - which forbids a no-deal Brexit and orders the Prime Minister to seek an extension from the EU.

The only reason Johnson has developed a remotely credible compromise proposal is because the Benn Act removed the possibility of a No Deal Brexit on 31 Oct. Until then he was just going through the motions. https://t.co/SPY6Fbovgi

​The Labour Party leader Jeremy Corbyn said: "The proposals are unrealistic and damaging, and will, as I think the prime minister full well knows, be rejected in Brussels, rejected in this House and rejected across this country.”

This is going to shock you, but Boris Johnson is lying about customs checks in Ireland.

​Mr Johnson said his government had made a "genuine attempt to bridge the chasm" with the EU and the Republic of Ireland, who have been dead set against a hard border with Northern Ireland.

He said his plan - which would see Northern Ireland stay in the European single market for goods but leave the customs union - was a "compromise."

​The European Commission has already said there are "problematic points" in the proposal.

The UK government said it aimed to reach a final agreement at an EU summit on 17 October.

Sources in Parliament say Mr Johnson is thought to be planning to prorogue Parliament next week, in a bid to block further debate on Brexit.