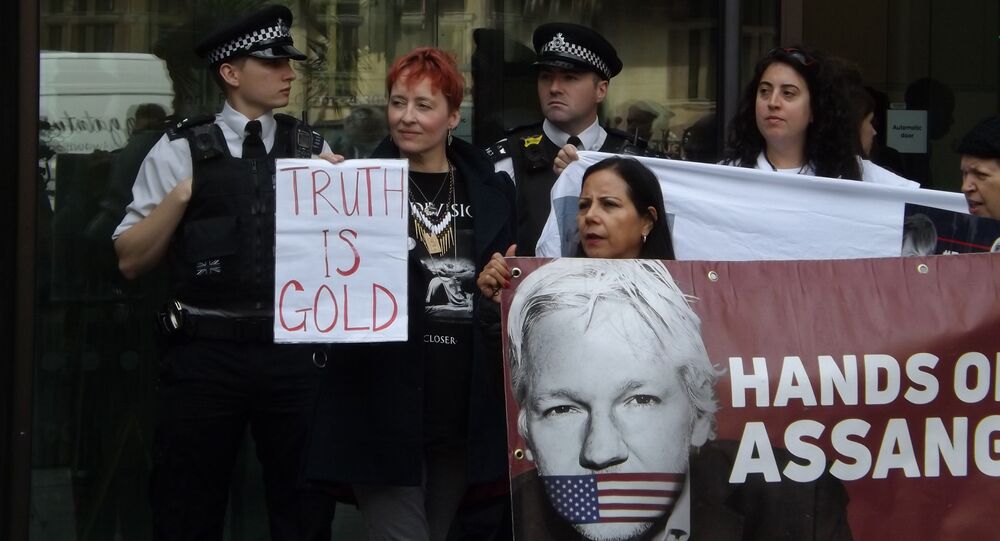 John Shipton, father of Julian Assange is addressing the whistleblower's supporters in the centre of the German capital.

Shipton arrived in Berlin to meet Sevim Dagdelen, deputy leader of the left-wing parliamentary group Die Linke, and earlier in the day they held a joint press conference in Bundestag.

Assange was arrested in London on April 11 and thereafter sentenced to 50 weeks in prison for jumping bail back in 2012, when he claimed asylum in the Ecuadorian embassy in London to avoid being extradited to Sweden over sexual assault charges and possibly being sent to the United States. After Assange’s arrest, Washington filed a request asking London to extradite him. Hearings on Assange's extradition case are now scheduled for February 25, 2020.