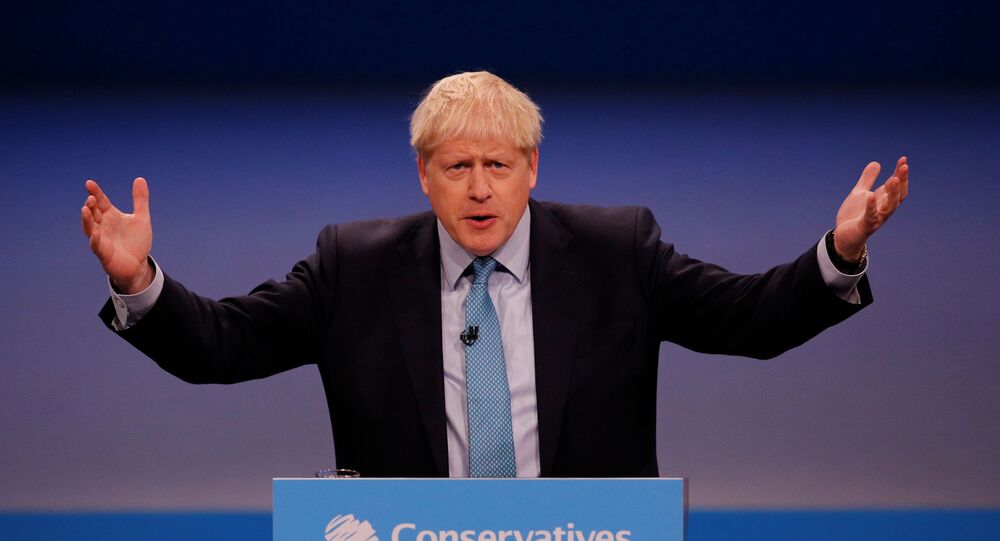 As the clock ticks ever closer to 31 October, UK PM Boris Johnson has unveiled his strategy to provide an alternative to the controversial Irish backstop as he attempts to bring the UK out of the European Union by the Brexit deadline.

UK Prime Minister Boris Johnson unveiled his new Brexit offer to the EU on Tuesday. It vows to terminate the Irish backstop from Theresa May's Withdrawal Agreement, a thorn in the side of consecutive Conservative administrations, with the intention of preventing the erection of a hard border in Ireland.

However, while the backstop may be technically removed, the plan replaces it by keeping Northern Ireland in the single market for goods, food and agricultural products, and the province will remain subject to laws established in Brussels.

Johnson delivered a four-page letter to the president of the European Commission, Jean-Claude Juncker, which outlined his plans to break the Brexit deadlock in Ireland. As well as a six page explanatory note from chief Brexit negotiator David Frost, and 40 pages of legal text replacing the backstop's inclusion in the Withdrawal Agreement.

One point of contention could be that it grants the Northern Irish government, which is currently suspended, the power to effectively scupper the entire plan every four years.

Today PM @BorisJohnson has set out a fair and reasonable compromise for replacing the backstop so we can get Brexit done by 31 October.

Read the PM’s letter to the EU ⬇️ pic.twitter.com/JgFLpoNjUx

​The main points of Johnson's demands are:

The governing Conservative Party have been reliant on Northern Ireland’s Democratic Unionist Party (DUP) for parliamentary support since teh 2015 general election and Johnson would most likely require their votes in parliament to get the deal through.

The DUP were privy to the plan before it was released last night. While they opposed former Prime Minister Theresa May's deal on the basis that it kept Northern Ireland in a separate economic arrangement to the rest of the UK, the primary objective of the Northern Irish Unionists, the four-year vote may assuage their concerns.

Boris Johnson is in precarious legal situation. An act of parliament known as the Benn act restricts him from pursuing a no deal Brexit and requires him to ask for an extension if he cannot propose a deal by 19 October, which the PM has repeatedly ruled out.

‘Ace Up My Sleeve’: Boris Johnson Reveals His Mother 'Voted Leave' on Brexit