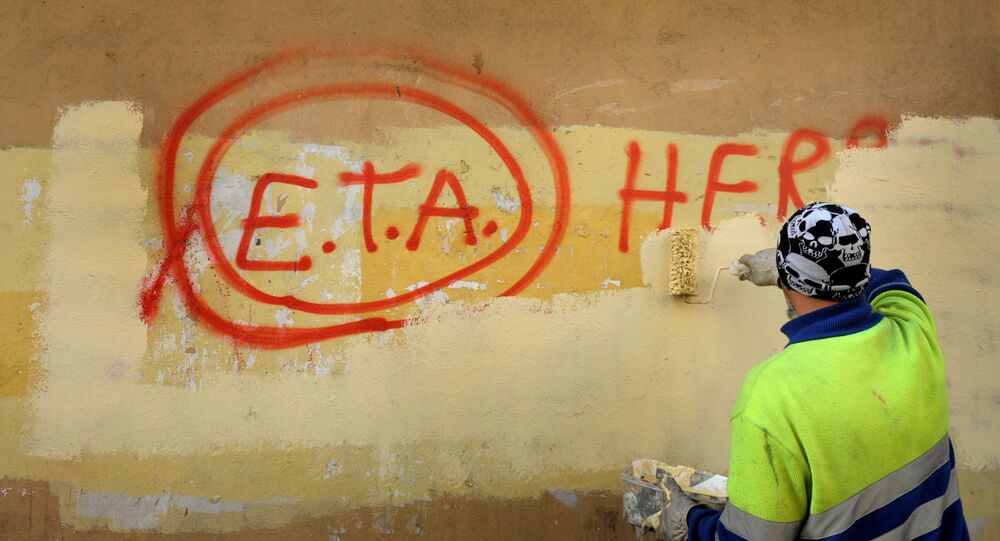 MADRID (Sputnik) – A Spanish court sentenced on Tuesday the former leader of the ETA Basque separatist terrorist group, Javier Garcia Gaztelu, who is also known as Txapote, to 33 years in jail for the murder of a prison employee, in addition to a 450-year term he has already been serving.

Three other ETA members — Jose Ignacio Guridi Lasa, Asier Arzalluz Goni and Aitor Aguirrebarrena Beldarrain — were also sentenced to 33 years in jail over the killing that took place in the Basque city of Vitoria in 2000.

The sentenced terrorists must also pay 305,000 euros (over $333,000) both to the widow and to the daughter of the killed prison employee.

Txapote, who was arrested in France in 2001, is said to have called on his followers to attack prison employees.

ETA is a separatist organization founded in 1959 in Spain's Basque Country, which has been pursuing a violent decades-long campaign to establish an independent state in northern Spain and southwestern France. The group has been accused of killing over 800 people and injuring hundreds more. It has severely weakened over the years, with police having arrested the majority of its members, including its leaders, and seized its weapons. Other members were forced to undergo social reintegration programs or leave Spain.

In 2011, the group announced a unilateral ceasefire that ended its armed activities. Six years later, the group gave up all its weapons and explosives, after which the Spanish government demanded the dissolution of the organization, which was announced in 2018.