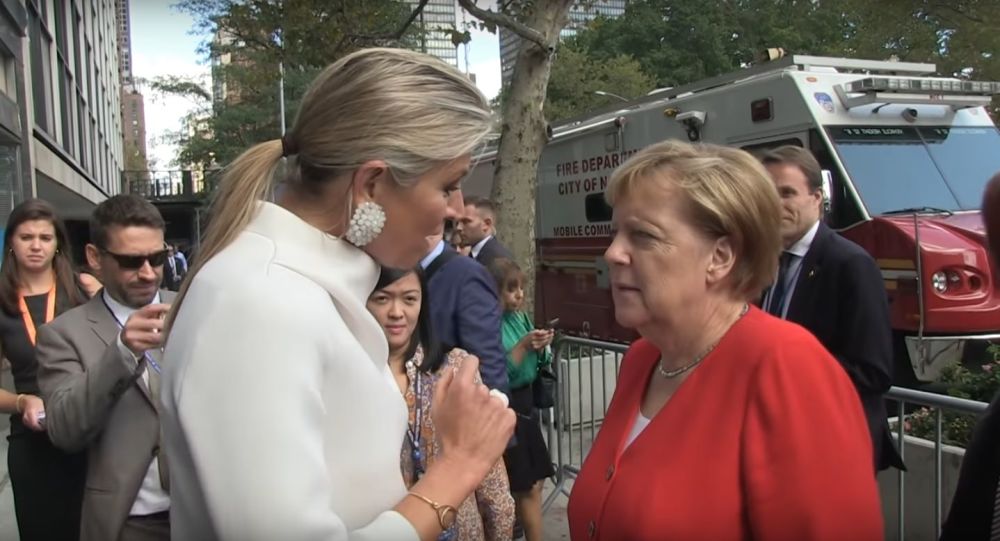 The incident took place as the German Chancellor recently discussed with the Dutch Queen their previous meetings on the sidelines of the 2019 United Nations General Assembly in New York late last month.

A video of German Chancellor Angela Merkel apparently mishearing during her conversation with Queen Maxima has appeared on YouTube.

In the footage, the two women were seen apparently talking politics, with Merkel looking clearly surprised when the Dutch Queen said that she had “spoken to France just now”.

After the German Chancellor interrupted Her Majesty to ask "which Franz", Queen Maxima said with laughter, “Ah, with France, not Franz”.

Merkel was then also seen laughing as the Dutch Queen explained that she had recently met with President Emmanuel Macron French and Finance Minister Bruno Le Maire of France.

The incident took place as The Queen of the Netherlands attended a UN General Assembly session in late September to implement her mission as a special advocate for Inclusive Finance for Development within the international organisation.

In this vein, the official website of the Dutch Royal Family specifically underscored that the Queen "advises on universal access to financial services worldwide, focusing on the economic and social development of low-income groups and small and medium-sized enterprises."

In their comments for the video, several users, meanwhile, quipped at Merkel’s apparent mishearing, claiming that “she is working for Franz Joseph the First” and that “the woman speaks three languages, it was an innocent little mistake.”