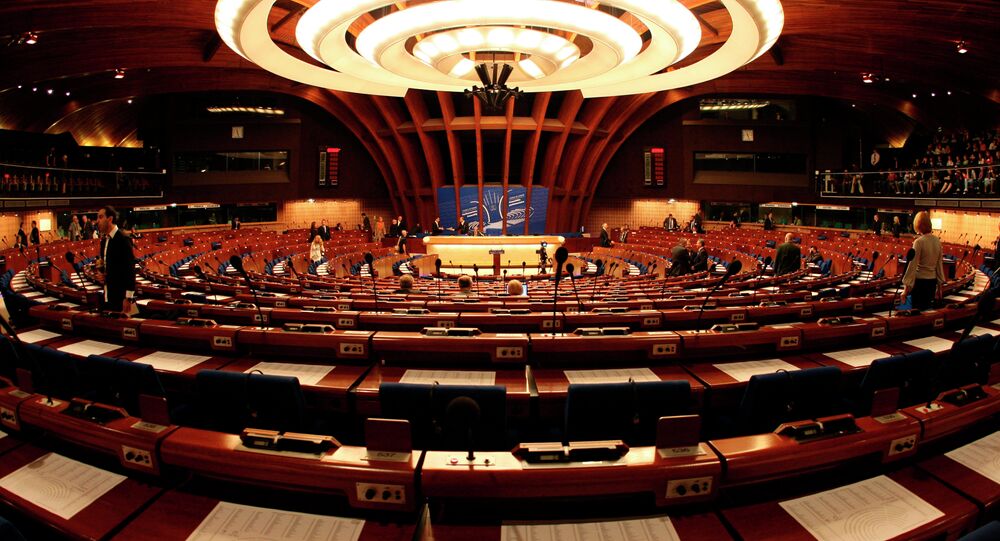 PARIS (Sputnik) - Russia is among the countries which contribute the most funding to the Council of Europe's budget, along with Turkey, Germany, France, Italy and the United Kingdom.

French President Emmanuel Macron said Tuesday he fully supported the decision to preserve Russia's membership in the Council of Europe.

"I fully support the choice that was made - to preserve Russia's [participation] in the Council of Europe, because the Russian people recognizes European humanism, because it participated in its creation, because Russia's geography, history and culture are basically European," Macron said commenting on the return of the Russian delegation to PACE. Macron was speaking at a PACE meeting, broadcast on the Assembly website.

The Parliamentary Assembly of the Council of Europe (PACE) is a branch of the Council of Europe which oversees human rights, democracy and the rule of law. Russia's voting rights in PACE were annuled in 2014 in the aftermath of the Ukrainian crisis and the Crimea referendum. Moscow slammed the move as an act of discrimination against its PACE delegation and stopped renewing its credentials in 2016.

In June of this year, however, PACE restored Russia's voting rights and adopted a resolution stating that the basic rights of delegations to PACE cannot be subject to sanctions. Shortly after, Moscow paid $36.5 million in membership fees for 2019.

The council even admitted in 2018 that the lack of payments from Russia coupled with Turkey's decision to reduce its fees forced the institution into a financial crisis.