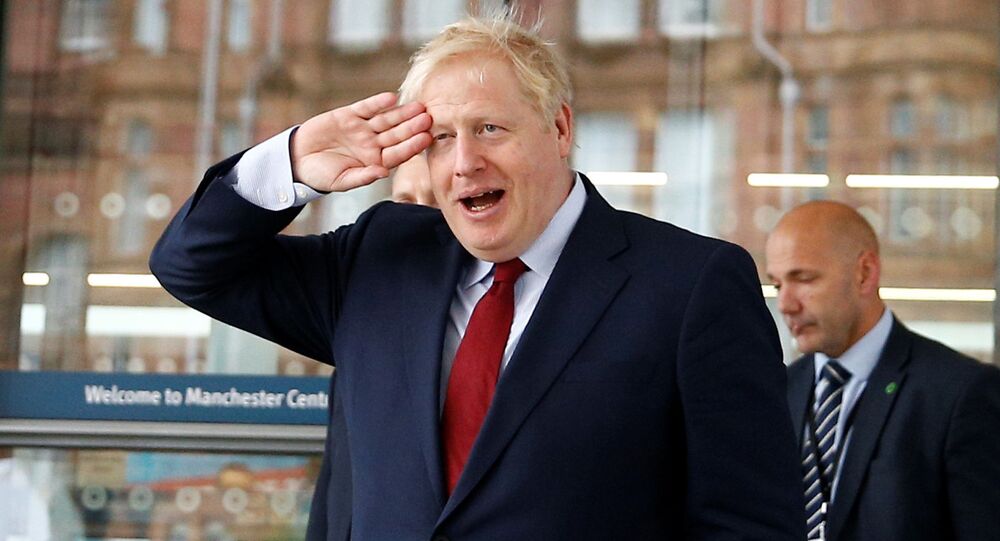 A leaked plan proposing such a provision appeared in the Irish media, heightening concerns over a return to a hard border – but in a series of interviews 1st October the premier stated the documents were “not quite right”. He added his administration had fashioned a “very good” Brexit plan which would be delivered to Brussels in the next few days.

Prime Minister Boris Johnson has denied the government ever intended to install customs clearance zones close to the Irish border after Brexit to circumvent the controversial backstop arrangement.

“[A hard border] is not what we are proposing at all. A sovereign united country must have a single customs territory. There are plenty of ways we can facilitate north-south trade, plenty of ways we can address the problem. The UK has already made a very considerable offer…You have single territory for agriculture, for sanitary and phytosanitary, for agro-foods and that’s a big concession by the government,” Johnson told BBC Radio 4’s Today programme.

Official proposals are expected to be outlined by Downing Street later this week - a further extension to Brexit could still be introduced in any event, although foreign secretary Dominic Raab has said the UK won’t “play nice” if it’s forced to remain in the bloc for months on end.

​For his part, Johnson stated in the Today interview it was a “matter of common observation” the EU “wants us to come out”.

“I don’t think any purpose is served by corralling the UK against its will. The EU wants, quite properly, from their own point of view, to proceed with various measures. They want to move towards a defence union, there’s a great deal of pressure to accelerate various projects that we think are not necessarily in the long-term interests of the UK,” he said.

The Prime Minister went on to dismiss the Benn Act, legislation compelling Whitehall to request an extension for Brexit if unable to secure a deal with Brussels by the end of 2019 as a “constitutional novelty” and “surrender act”, potentially drawn up with the involvement of European governments.

​“We have no knowledge of how it was produced. It is not subject to normal parliamentary scrutiny. No one knows by whose advice it was drawn up,” he said.

Brexit has been postponed several times amid the country's failure to internally negotiate the withdrawal terms. The main thorny issue around the withdrawal agreement agreed by former Prime Minister Theresa May is the Irish backstop, which stipulates that the United Kingdom will remain in the EU Customs Union, with Northern Ireland complying with some of EU Single Market rules, in case no comprehensive agreement is reached by the agreed time after the country's withdrawal.