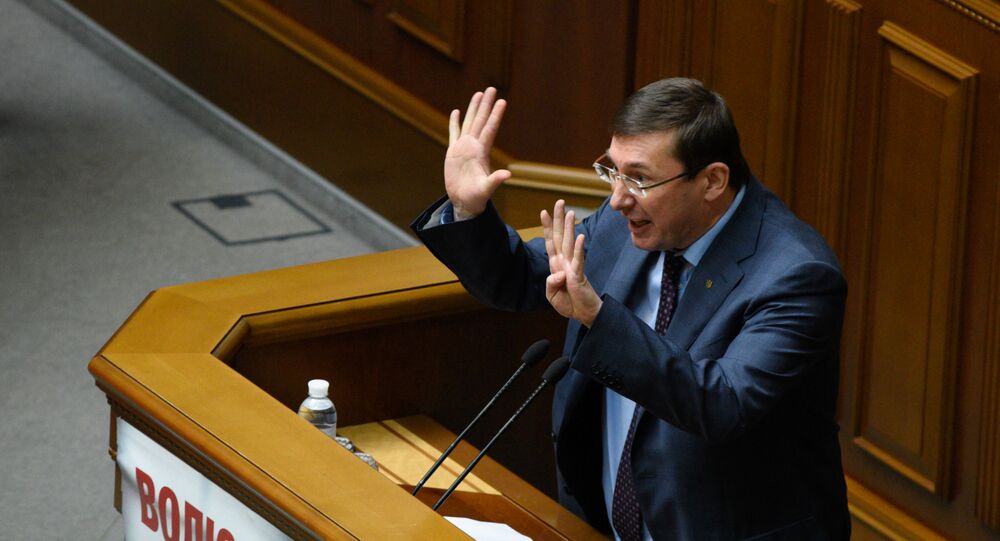 MOSCOW (Sputnik) - The former Ukrainian attorney general, Yuri Lutsenko, said Sunday that he repeatedly refused to launch an investigation into the case of US former Vice President Joe Biden and his son, during the meetings with US President Donald Trump's personal lawyer, Rudy Giuliani.

"I said, ‘Let’s put this through prosecutors, not through presidents [...] "I told him I could not start an investigation just for the interests of an American official", Lutsenko told the Los Angeles Times.

According to Lutsenko, he told Giuliani that he was ready to cooperate, if the US authorities launched their own investigation, but stressed that Biden and his son did not violate the Ukrainian law.

The former attorney general noted that he met Giuliani twice and the lawyer was focused on Biden. At some point last year, the lawyer stopped asking about Biden but again returned to the topic after Volodymyr Zelesnkyy's victory in the presidential election.

Trump has become embroiled in a political scandal after a US government whistleblower claimed the president had pressured Zelenskyy during a July phone call to look into a case that could potentially tarnish the political image of his main Democratic opponent, Joe Biden, in the 2020 presidential race.

In 2016, the ex-US vice president publicly admitted to having threatened Ukrainian authorities with pulling $1 billion in US loan guarantees if Kiev did not fire the prosecutor in charge of the case against his son.

On Wednesday, the White House declassified an unredacted transcript of the conversation in question, which confirmed that Zelenskyy had promised Trump to look into the Biden case.

The US Democrats have launched impeachment proceedings against Trump, claiming he sought to pressure a foreign government into assisting his re-election campaign.

Trump has denied any wrongdoing and accused Democrats of launching another "witch hunt" against him.

Baby with Two Heads is Born in Ukraine, Doctors Say 'Never Seen Such a Pathology' - Reports