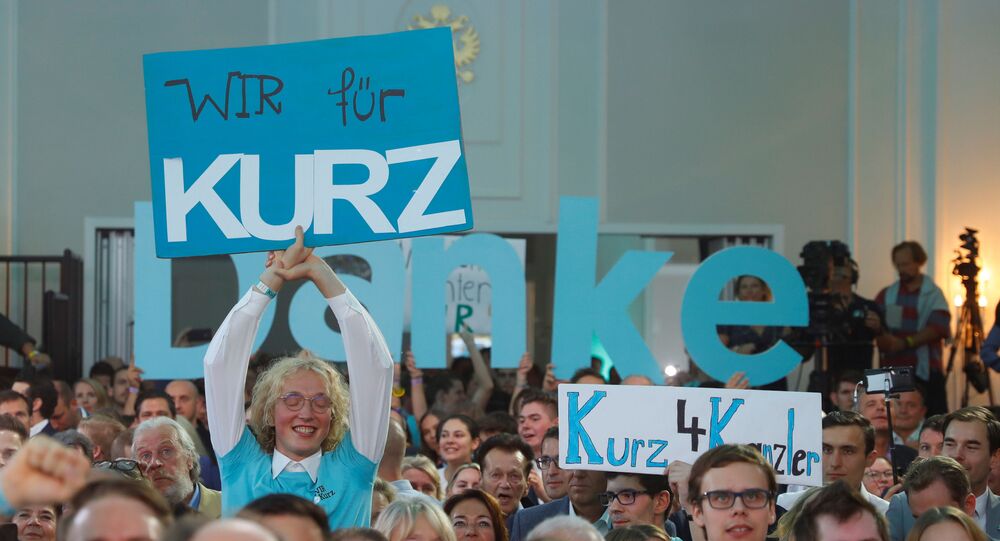 VIENNA (Sputnik) – Head of the Austrian People’s Party (OVP) Sebastian Kurz said on Sunday that after the general election his party was ready to hold coalition talks with all the parties, represented in the country’s parliament.

“We will hold negotiations with all the parties, represented in the parliament. We will make efforts to ensure mutually respectful cooperation between all the parties so that they do their best for the good of Austria”, Kurz told the OE24 broadcaster.

He also thanked the voters for support and said that he did not expect such high performance of his party in this election.

According to the first announced results, the OVP is winning the election with 38.4 percent of votes and may count on 73 out of 183 mandates.

The People’s Party is followed by the Social Democratic Party that gained 21.5 percent of votes (41 mandates) and the Austrian Freedom Party (FPO), which got 17.3 percent (32 mandates).

A snap parliamentary election held in Austria following a video scandal in May that caused ex-leader of the FPO and former Vice-Chancellor Heinz-Christian Strache to resign leading to the collapse of the ruling coalition with the OVP and the dismissal of the cabinet.

The scandal was triggered by a release of footage showing Strache allegedly discussing exchanging government contracts for help in elections with an alleged niece of a Latvian oligarch.

The woman was later revealed to be a Bosnian student who was paid for the setup.