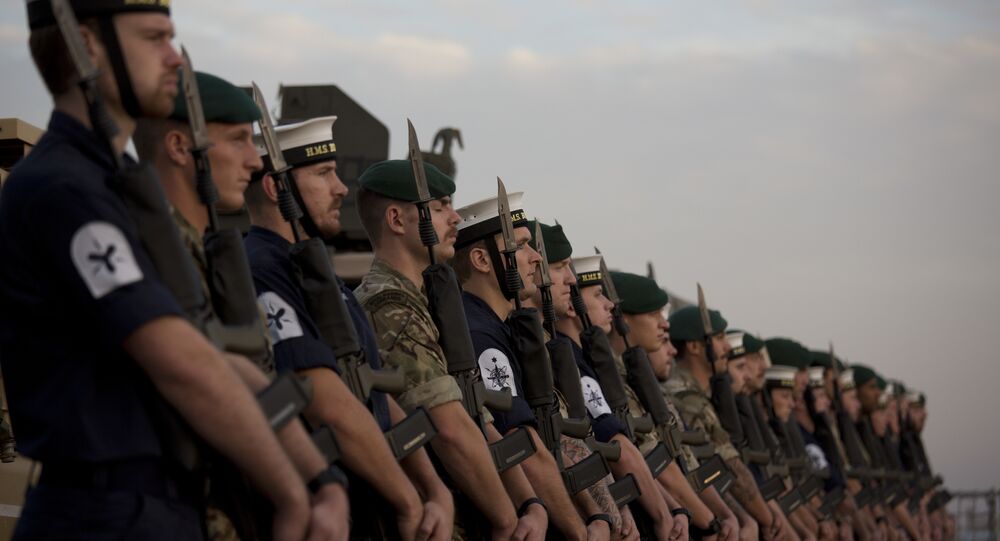 Civilian divers from the Historic England group discovered an undetonated German bomb from World War 2 during an archaeological dive on the shipwreck in the Thames estuary on Friday.

Divers and disposal experts from the British Royal Navy on Friday detonated a large bomb underwater that had been dropped by Nazi forces against England during World War II.

Tweets by the Royal Navy show bomb disposal experts in a series of pictures gearing up to destroy the device, followed by a video which captures a massive explosion of water.

Here's the moment the divers destroyed the 987kg bomb after a six-day mission.

​The detonation took place off of Essex following the end of a six-day mission, according to officials.

“The mine, most likely dropped to target one of the numerous docks in the Thames Estuary, was in extremely good condition, given its age" Lt. Ben Brown said in a news release.

"The complexity of this task should not be underestimated. Dealing with one of the largest pieces of German Second World War ordnance in the Thames Estuary presents some of the most challenging diving conditions there are to work in”, Brown added.

"With nil visibility under water and significant tidal flow, the diving windows are extremely limited and all work on the ordnance must be done by touch” he added.

The capacity of the mine was equivalent to about 1,600 pounds of TNT, according to the Royal Navy.

According to the BBC, the German parachute ground mine was one of the Luftwaffe's largest bombs throughout the duration of the war.

Civilian divers exploring a 17th century shipwreck known as the "London", discovered the bomb and reported it to the Royal Navy.