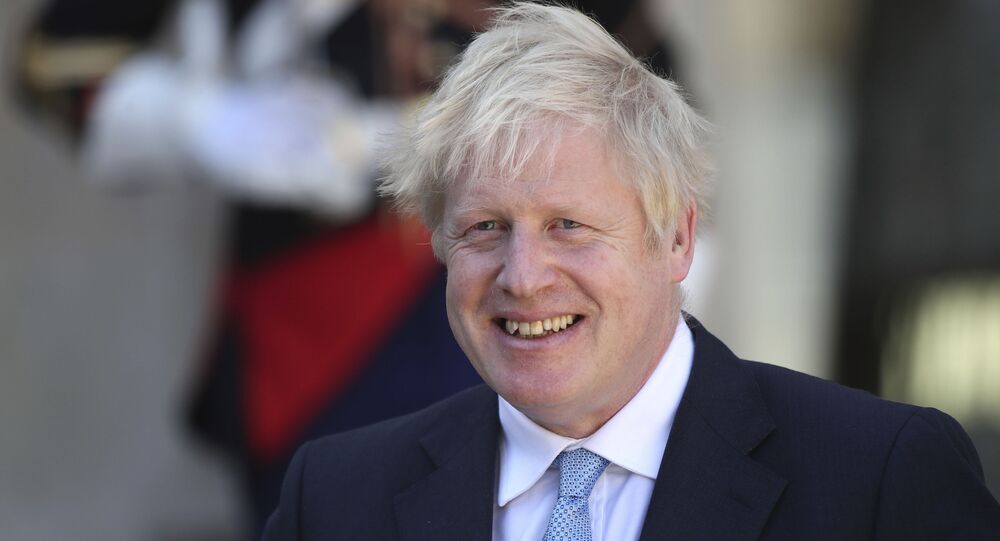 An array of options for Parliament to bring down Prime Minister Boris Johnson has been discussed during meetings by opposition MPs. The Conservative government which Johnson heads no longer has a working majority, and parliamentary arithmetic could see the government removed and a new one, constructed by opposition parties, formed.

During a meeting of various parties on Thursday, impeachment proceedings were explored as an option to bring down the prime minister for the unlawful suspension, according to the report.

The leader of Plaid Cymru in Westminster, Liz Saville Roberts, made reference to Boris Johnson's own attempts to impeach former Prime Minister Tony Blair, writing in The Sunday Times “I admit, the idea of impeaching a prime minister seems extraordinary - unique even. But we are in extraordinary times. I have made clear to opposition leaders that Boris Johnson cannot be allowed to get away scot-free with breaking the law by shutting down parliament".

Motions are being discussed between opposition parties and House of Commons officials that would see a salary cut, bans from Parliament and other disciplinary measures, alongside a motion to explore impeachment”, she added.

If the proposal were to be brought before Parliament, it would require a House of Commons vote, followed by a subsequent prosecution and trial of the prime minister.

A committee of MPs would have to be formed to present various disciplinary mechanisms, of which impeachment would be one, available to Parliament.

MPs would then be asked “whether there exist sufficient grounds to impeach the Rt Hon Boris Johnson on charges of gross misconduct in relation to the unlawful prorogation of Parliament”, as well as considering threatening to break the law established under the Benn Act - a parliamentary legislation which blocks the UK leaving the EU without a withdrawal agreement on 31 October.

This motion would come after 19 October, the date by which the Benn Act requires the prime minister to seek an extension of Article 50 that would see the UK stay in the EU beyond 31 October.

Labour and the Liberal Democrats have said that they are “open-minded” regarding an impeachment motion and will reconvene on Monday to options, including kicking Johnson out of parliament and cutting his salary.

Advising the Queen to sign off illegal Orders in Council is surely 'a crime of disloyalty to the Crown'.

That is otherwise known as Treason.

If Boris won't resign, we should start his impeachment immediately https://t.co/buFjD64ggm

The discussions of impeachment come amid claims from the Scottish National Party (SNP) that a motion of no confidence could be called in the government within days with the aim of replacing Johnson as prime minister with a "caretaker government".

Stewart Hosie, the SNP’s deputy Commons leader, described a no-confidence motion as the “only game in town” in ensuring Johnson does not try to bring the UK out of the EU without a deal.

A caretaker government, however, would require unity among opposition parties. Traditionally, if the largest party is unable to form a government, the leader of the opposition is tasked with putting one together.

Despite approval from the SNP, the Green's, and Plaid Cymru, the leader of the Liberal Democrats, Jo Swinson, has ruled out putting Labour leader Jeremy Corbyn in power and instead suggested a backbench figure such as Father of the House Ken Clarke or Harriet Harman to take on the role.

Boris Johnson has claimed adamantly, however, that Parliament is attempting to thwart the Brexit vote made in 2016 entirely. He told Parliament after it was reconvened last week that he wants "Brexit done".

"The truth is that the part opposition are not opposed to a so called 'no-deal'. This Parliament does not want Brexit to happen at all", he said.

The suggestion parallels the US Democratic Party beginning a formal impeachment inquiry into President Donald Trump over allegations that he used political and military pressure on the Ukrainian government to investigate Democratic presidential hopeful Joe Biden and his son, potentially meaning that both leaders on either side of the Atlantic could be toppled by their respective national institutions.

If Johnson were to be impeached, he would become the first UK prime minister in history to be so. However, he himself did attempt to bring down Tony Blair in 2004, writing in The Daily Telegraph: “He treated parliament and the public with contempt, and that is why he deserves to be impeached".

The last attempt to get the House of Commons to impeach a government MP was in 1848 against Lord Palmerston, who was accused as foreign minister of brokering into a secret treaty with the Russian Empire.