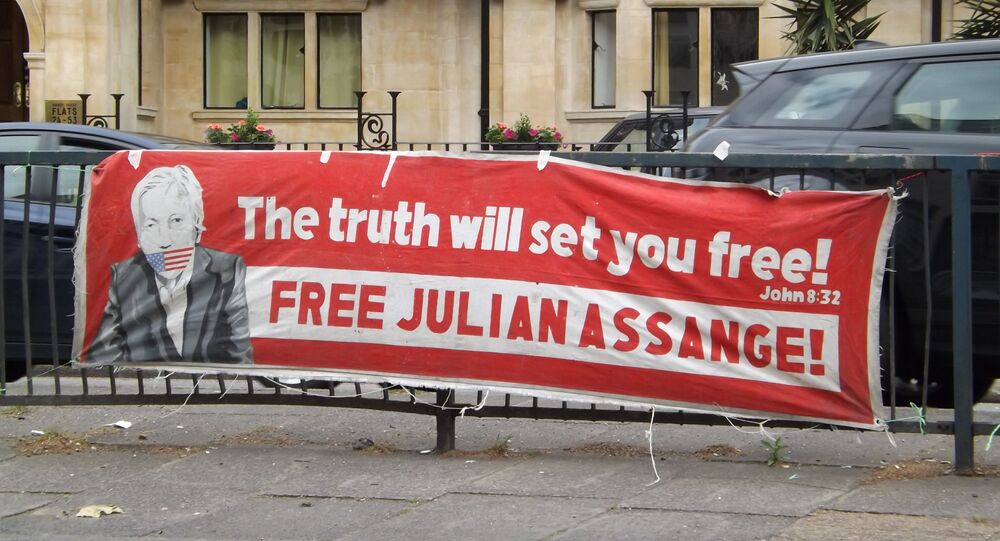 On Friday, WikiLeaks announced a worldwide protest that is set to take place in at least eight cities around the globe. The participants will demonstrate against WikiLeaks founder Julian Assange’s extradition to the US.

Julian Assange's supporters are rallying outside Belmarsh Prison in London, on Saturday, 28 September, where the WikiLeaks founder is currently being held, reportedly in solitary confinement.

The activists are also holding a ceremony to award the whistleblower in absentia with the "Gavin MacFadyen Award" for "Extraordinary courage and self-sacrifice in the service of truth".

Australian journalist John Pilger will receive the prize on behalf of Assange, granted by Eileen Chubb from the Compassion in Care organisation.

Earlier this year, Assange was jailed and put in Belmarsh prison on charges of a bail violation after Ecuador revoked his asylum.

On 22 September, WikiLeaks announced that his sentence had ended, but Assange was not released from prison. The organisation asserted that the publisher is being held “solely on behalf of the United States”, which is demanding his extradition.

WikiLeaks to Stage Global Protests Against Assange Extradition on Saturday