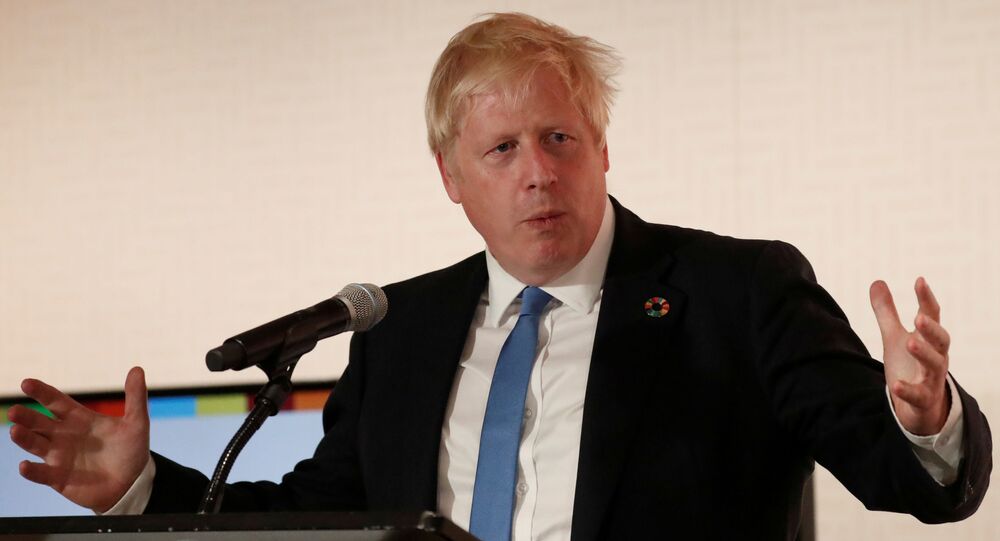 Although a look the PM over his ties with an American model and tech entrepreneur is being conducted, the facts are not proven yet, the Greater London Authority’s statement reads, and it is yet to be determined if there should be a formal investigation into whether Boris Johnson indeed helped her with state grants.

British Prime Minister Boris Johnson has been referred to the Independent Office for Police Conduct (IOPC) to assess the possibility of a criminal probe over his relationship and dealings with American former model and businesswoman Jennifer Arcuri.

According to the environment secretary, Theresa Villiers, the allegations over Boris Johnson’s links with the US businesswoman while he was London mayor have been “blown out of all proportion” and are politically motivated:

“The prime minister has been clear there is nothing to see here. I do feel this is a distraction and it is people seeking to use the complaints process in a highly political way,” she shared with BBC Radio 4’s Today programme.

A Sunday Times investigation has accused Johnson’s office, at the time of his tenure as Mayor of London, of assisting Arcuri in receiving £126,000 in grants and sponsorships for her companies; it's assumed she was given especially friendly, personal treatment, as she joined the then-Mayor on his foreign trade missions.

The police watchdog, the IOPC, which deals with complaints against police forces in England and Wales, will assess whether the sitting prime minister should be investigated over the alleged misconduct in his high-ranking role, equivalent to that of police and crime commissioner.

Per a statement by the Greater London Authority, their officers recorded “a conduct matter” against the Prime Minister, who denies any wrongdoing in this regard, having previously said he would co-operate with any London Assembly investigation into his ties with Ms. Arcuri.

The statement, meanwhile, went on to explain that the look into the existing “conduct matter” “doesn’t mean that this has been proved in any way”.

However, according to a letter by an official from the Greater London Authority, "subject to any explanation provided by you, these matters give rise to a suggestion that there has been a failure to safeguard the public purse and if so that amounts to a significant breach of public trust".

The PM earlier argued “everything was done entirely in the proper way” when it cane to his professional links with the former model, with whom he hasn’t publicly denied having an extramarital affair with while he was London Mayor.

The pair reportedly met in 2012, and Johnson, who is currently dating a journalist, Carrie Symonds, took Arcuri on three trade trips to accompany him.