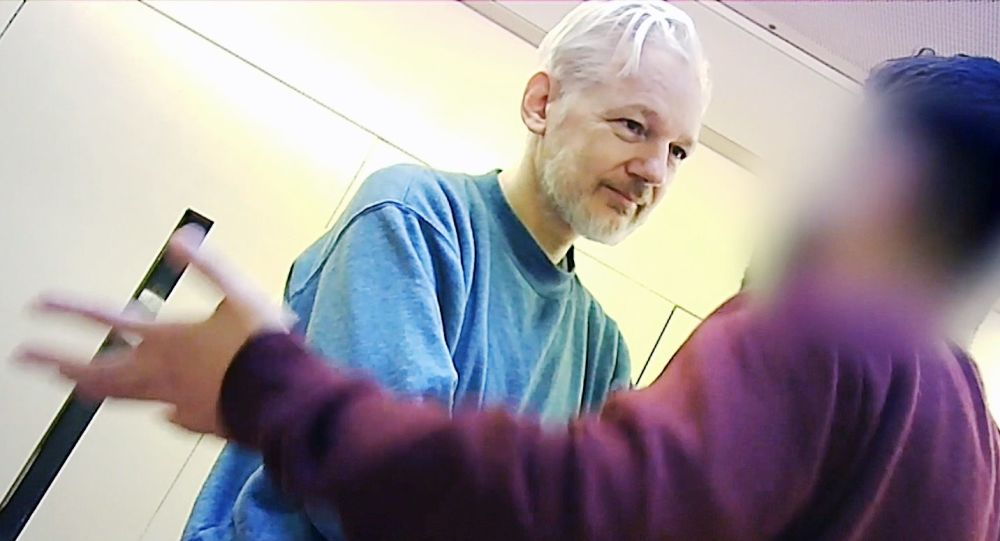 MONTEVIDEO (Sputnik) - Julian Assange, the founder of the WikiLeaks whistleblowing platform, is still isolated in the UK jail and faces serious health problems in detention, according to Assange's lawyer, Carlos Poveda.

"He is isolated 23 hours a day and has only one hour for interpersonal exchange. The situation is very difficult. He lost weight and he is completely isolated from the world. This affects his health", Poveda said on Friday.

Assange was arrested in London in April and sentenced to 50 weeks in prison for jumping his bail back in 2012 when he took refuge inside the Ecuadorian embassy in the UK capital to avoid extradition to Sweden, where he faced sexual assault charges, and possible subsequent extradition to the United States.

After Assange’s arrest, Washington filed a request asking London to extradite him. Hearings on Assange's extradition case are now scheduled for 25 February 2020.

Washington initially charged Assange with conspiring to carry out a computer offense.

However, the US Justice Department subsequently extended the charges so the whistleblower may now face up to 175 years in prison.

WikiLeaks to Stage Global Protests Against Assange Extradition on Saturday