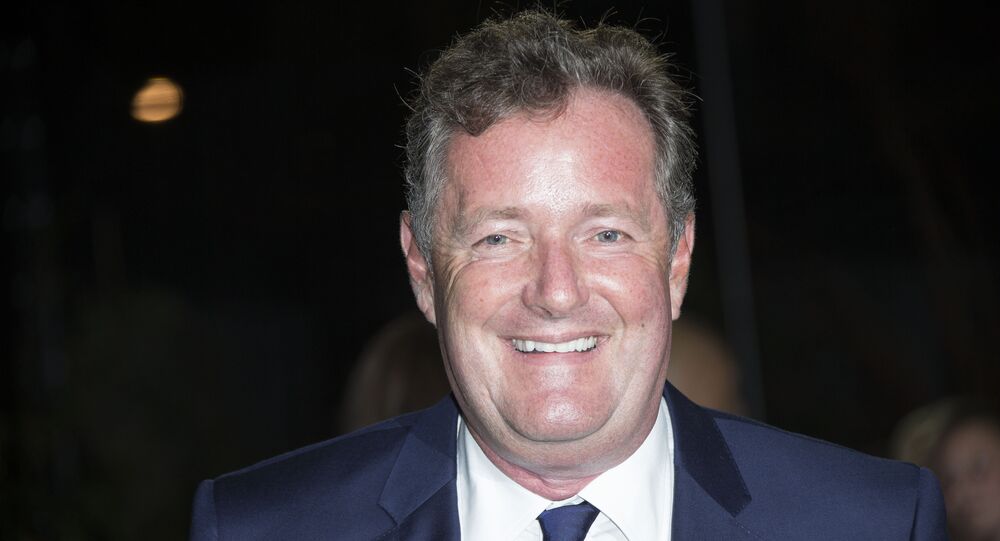 27-year old singer Sam Smith came out in September as a non-binary person on Twitter and Facebook, later asking that they no longer be referred to as 'he' or 'him. The Brit Awards have since considered updating their male and female categories to accommodate artists who identify outside the gender binary.

Piers Morgan has criticised Sam Smith for causing a "shake-up" in the Brit Awards after it was suggested that 'best male' and 'best female' categories could be abolished.

Speaking on Good Morning Britain on Monday, Morgan said: "I think it's just great that time honoured traditions should be scrapped because one guy can't decide if he is male or female. So they are saying they want to accommodate non-binary performers like Sam Smith. Now he'll enter the non binary categories. The whole point of having gender categories is to make it fair, to make it equal. Now we are going to go the other way."

Well I think it is a load of nonsense. The idea you have to change entire award categories for one guy, it's nonsense. If you want to do that Sam Smith, that's your dime. Don't change everything else for you because that ain't the way it should play. I want to identify as a dinosaur. Let's have a category at every TV awards that is for Best Dinosaur. Once you get into self identification that is the way it goes" he added.

An anonymous source told The Sun that "The categories will evolve in the coming years. The male and female categories will still be in place next February but changes are being planned for the following year."

The anonymous source also said that organisers will be "consulting labels and artists alike" to determined what is "best for the future of the Brits ceremony".

Today is a good day so here goes. I’ve decided I am changing my pronouns to THEY/THEM ❤ after a lifetime of being at war with my gender I’ve decided to embrace myself for who I am, inside and out. I’m so excited and privileged to be surrounded by people that support me in this decision but I’ve been very nervous about announcing this because I care too much about what people think but fuck it! I understand there will be many mistakes and mis gendering but all I ask is you please please try. I hope you can see me like I see myself now. Thank you. P.s. I am at no stage just yet to eloquently speak at length about what it means to be non binary but I can’t wait for the day that I am. So for now I just want to be VISIBLE and open. If you have questions and are wondering what this all means I’ll try my best to explain but I have also tagged below the human beings who are fighting the good fight everyday. These are activists and leaders of the non binary/trans community that have helped me and given me so much clarity and understanding. @tomglitter @munroebergdorf @transnormativity @alokvmenon @katemoross @glamrou @travisalabanza @twyrent @chellaman @jvn @lavernecox @stonewalluk @glaad @humanrightscampaign @mermaidsgender Love you all. I’m scared shitless, but feeling super free right now. Be kind x

The proposed changes comes a week after star singer Sam Smith, asked "after a lifetime of being at war with my gender" to be referred to as "they rather than "he" after being nominated for the best male category at this years Brit awards.

Sam Smith was was met with a barrage of supportive comments, when they came out as non-binary on 13 September but also received some negative responses.

"Today is a good day so here goes. I've decided I am changing my pronouns to THEY/THEM" they said on Twitter and Instagram. After a lifetime of being at war with my gender I've decided to embrace myself for who I am, inside and out."

Sam said that they had been "very nervous" regarding the announcement because they "care too much about what people think" but ultimately decided it was necessary.

The singer also noted however "P.s. I am at no stage just yet to eloquently speak at length about what it means to be non-binary but I can't wait for the day that I am. So for now I just want to be VISIBLE and open."

The rumour comes as organisers are deciding whether the events categories should be updated to accommodate "non-binary" artists like the 27-year old singer who, who sang the theme song for the Bond film 'Spectre' in 2015.

The rewards for best solo performers have been split into male and female gender categories since 1977 but newcomer and best single already include both male and female nominees.

‘Fly How You Identify’: United Airlines Allows Customers to Be ‘Non-Binary’