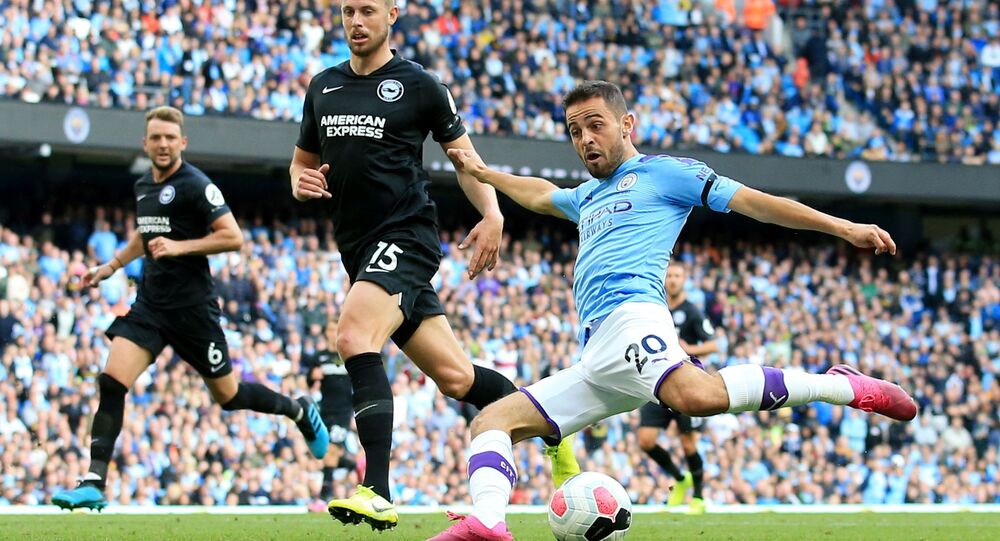 Manchester City star Bernardo Silva was accused of racism after posting a tweet directed at his friend and teammate Benjamin Mendy comparing him to a candy wrapper mascot.

The anti-racist body Kick It Out called for action from the Football Association (FA) on Monday in response to a tweet sent by Manchester City's Bernardo Silva.

Kick It Out issued a statement saying: "We are extremely disappointed to see the tweet posted by Bernardo Silva."

The statement also added: "Racist stereotypes are never acceptable as 'banter', and we're shocked that someone who is a role model to millions has failed to understand the discriminatory nature of his post. The FA have been notified and we believe that retrospective action should be taken, including mandatory education - which is vital to challenge offensive behaviour such as this."

Breaking: @kickitout “extremely disappointed” & “shocked” by “offensive” Bernardo Silva tweet.
“Racist stereotypes are never acceptable as ‘banter’, and we’re shocked that someone who is a role model to millions has failed to understand the discriminatory nature of his post” pic.twitter.com/It0ruk964t

​Silva tweeted issued another response on Twitter claiming that the tweet was just joking with a friend.

After the original tweet, which has now been deleted, was posted online, Silva has been accused of racism for comparing teammate Benjamin Mendy to the mascot on Conguitos packets, which is a sweet brand available in Spain and Portugal.

Bernardo Silva exchange with Benjamin Mendy shows it's no surprise Pep Guardiola hates his players enjoying social media & views it as a distracting liability. What I definitely am surprised at is that Conguitos still uses those lips on their logo - it's a problematic caricature! pic.twitter.com/tDzAZ3FzMJ

Mendy did not appear to take offence in his response to Silva's tweet.

​Mendy and Silva have played together since they both joined City in 2017 and remain close friends.