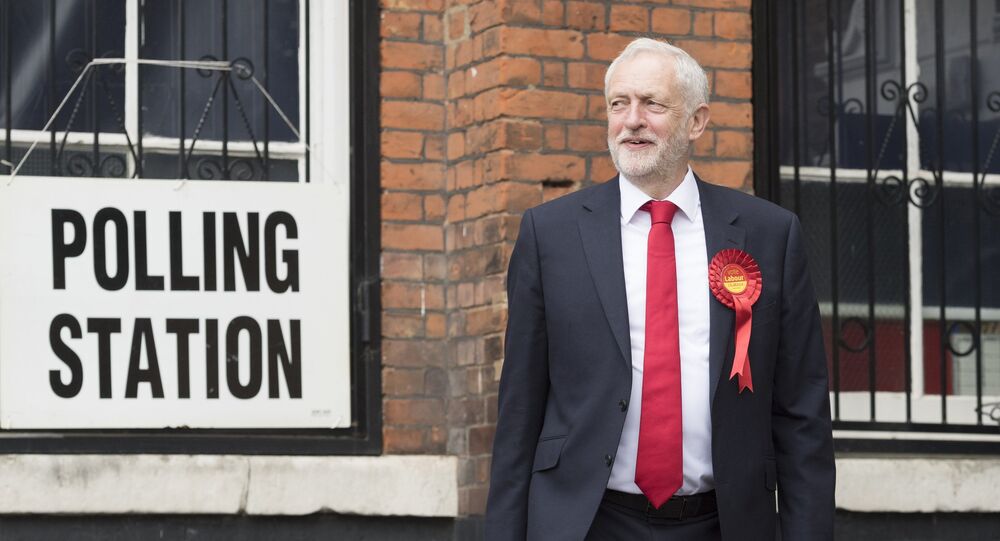 An exclusive YouGov poll recently surveyed some 1,100 grassroots members of the UK Labour Party against the backdrop of Party infighting and Brexit turmoil.

Labour Party members are keen to have Queen Elizabeth II sacked as head of state, would demand the scrapping of the Trident programme and support a general strike to bring down the government, The Sunday Times cites the results of a recent YouGov poll.

The survey was commissioned by Ian Austin led Mainstream, formed to campaign against political extremism.

Fewer than 30 percent of Labour members blame Islamic terror groups for attacks in the UK.

29 percent mostly blamed Daesh* and Al-Qaeda for jihadist terrorist attacks on British soil with 40 percent saying they felt both sides were equally to blame and 28 percent chiefly blaming the UK and her allies.

They also blame Britain, rather than the IRA, for terrorist attacks in Northern Ireland.

32 percent of respondents blame the British government for atrocities in the Troubles such as the bombings in Warrington and Birmingham, with only 27 percent blaming the IRA.

Just 23 percent of those polled said the Labour party had a problem with anti-semitism, despite an Equality and Human Rights Commission investigation into the issue within the party, with 54 percent blaming the media or Jeremy Corbyn's political opponents.

Austin, who quit the party in February and now sits as an independent, said:

“The party of today is not the one I grew up in. It has been consumed by a culture of extremism and intolerance. Under Jeremy Corbyn’s leadership, Labour has become a safe haven for antisemites. Those who have taken a stand against this corrosive evil within have been intimidated and even driven from the party but we will not be silenced.”

He went to call for “tolerance and respect to be restored to political debate and for extremism to be driven from public life”.

“We completely reject any claim that Labour is antisemitic. We stand in solidarity with Jewish people, and we’re taking decisive action to root out the social cancer of antisemitism from our movement and society."

We completely reject any claim that Labour is antisemitic. We stand in solidarity with Jewish people, and we’re taking decisive action to root out the social cancer of antisemitism from our movement and society. #Panorama

A huge 70 percent of those polled agreed with getting rid of Britain’s nuclear weapons.

The UK conducted its first nuclear test on 3 October 1952, with the British delivery method sea based, through Trident submarines.

On other issues, 15 percent described themselves as “proud” of British history with 43 percent saying they are “ashamed,” while 62 percent said Britain ought to become a republic.

A large majority of 79 percent say they would support laws to limit controls of who can own national newspapers while 51 percent want a Labour government to take a greater control of broadcast media.

69 percent supported strikes to overthrow a Tory Government, despite the fact that not one Labour MP voted for holding a snap election during UK Prime Minister Boris Johnson’s second attempt to call one.

The chances of a snap UK election in 2019 have dropped slightly after opposition parties twice blocked Boris Johnson's attempt to call an early vote, but the odds still remain high, with speculation rife as to Labour’s chances.

Jeremy Corbyn has been the UK Labour Party's leader for four years.

After the Commons returns, senior Tories expect a vote of no confidence in the last 10 days of October.

“They clearly think that Jeremy’s position is in peril – one way or another.”

Another shadow cabinet minister suggested that Jeremy Corbyn was mulling leaving his post: “He does look as though he’s ready to pack it in,” the frontbencher said.

The reports come against the backdrop of Labour’s annual conference in Brighton this weekend, and indications of infighting within the party.

Some of the Labour leader’s allies reportedly accept that another leader would stand a better chance of securing support from rebel Tories as part of attempts to avoid a no-deal Brexit.