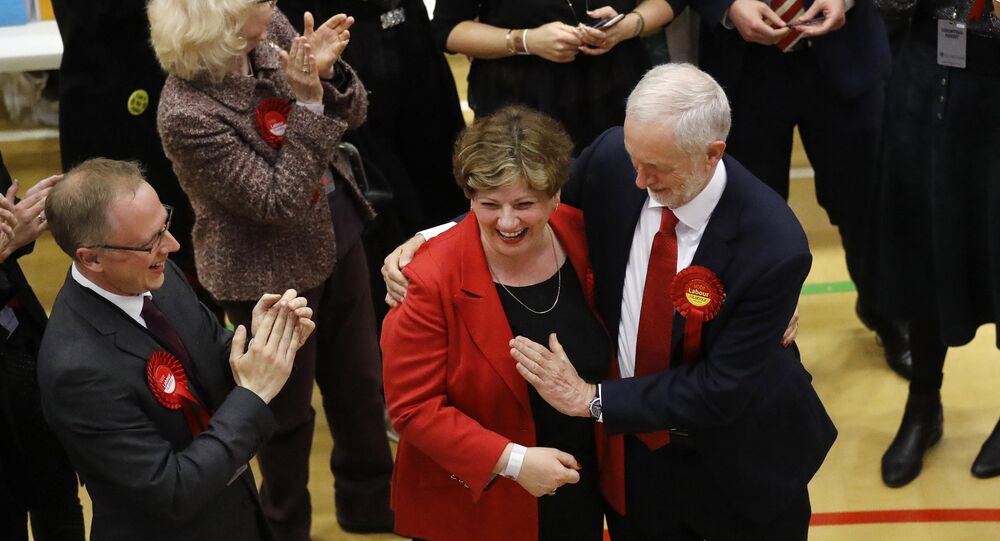 The Liberal Democrats’ controversial policy pledge to abandon Brexit entirely the day after taking office if they win a general election has been met with scorn and contempt across much of the UK’s political scene.

The UK shadow Foreign Secretary, Emily Thornberry, has compared the Liberal Democrats to the Taliban over the party’s policy of unilaterally cancelling Brexit if it wins power in an election.

Miss Thornberry told the House Magazine that it was not “democratic” to throw Brexit in the bin, adding that “the Lib Dems have gotten kind of Taliban, haven’t they?”

“I really think the only democratic way to get through this and to break the logjam is to go back to the people and trust their good sense.”

Blowback from the Liberal Democrats came thick and fast.

The party leader, Jo Swinson, who championed the policy of revoking article 50 at the party’s conference last week, tweeted that, “comparing a UK political party to the Taliban is ludicrous. Emily is the shadow foreign secretary, and should use language that reflects the importance of that role.”

​The political drama comes just a day after the Liberal Democrats’ deputy leader, Ed Davey, was grilled repeatedly by an angry audience over the party’s new Brexit policy live on the BBC’s flagship programme, Question Time.

​Emily Thornberry has recently aired her own views on Brexit, arguing that a second referendum is “the only democratic way” to make an informed determination as to whether the UK should leave the European Union or not. The shadow Foreign Secretary has said that Labour should throw its weight behind a second referendum, and that she is “never going to be able to do anything other than campaign to remain.”

"I will certainly be putting the case that we should have a referendum, we should give the people a decent choice on leaving the European Union, but that we should campaign to Remain. Not everyone agrees with me, so we need to thrash it out. The party has to decide collectively,” Miss Thornberry has said.