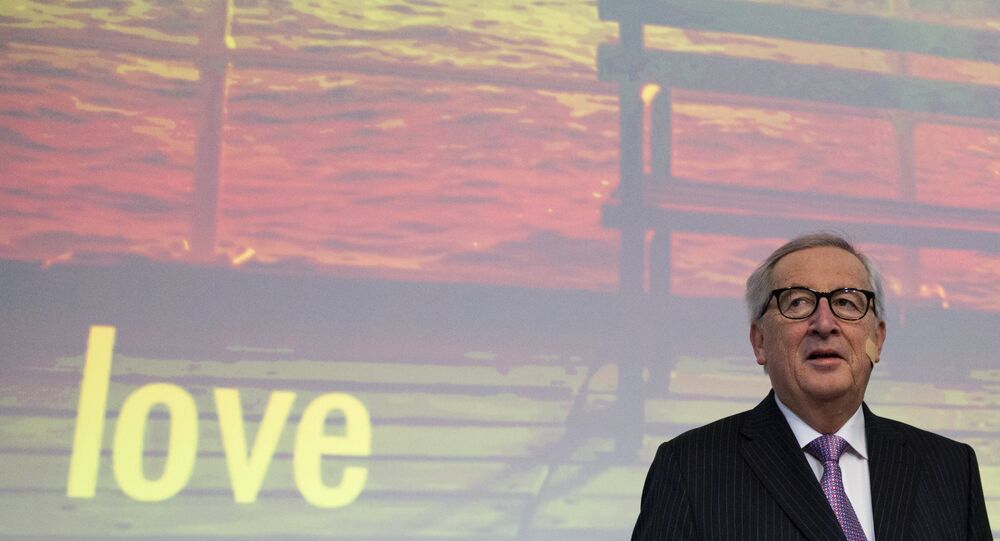 The question about the backstop at the Irish border after Brexit has been one of the stumbling blocks of the UK-EU divorce saga. This aspect of Theresa May's deal was agreed on with Brussels, but faced resistance in Britain. However, as the outgoing president of the European Commission signalled in his signature manner, there might be a way out.

European Commission President Jean-Claude Juncker, who is set to leave this post on the Brexit deadline - 31 October, has noted that he is open to replacing the contentious Irish backstop plans with another tool if it helps lead to an agreement on the EU-UK divorce deal and avoid a hard Brexit scenario, which he branded "catastrophic”.

EC President @JunckerEU said he thinks a #Brexit deal can be reached by 31 October.

Speaking exclusively to @RidgeOnSunday, he also warned that a no-deal #Brexit would be "catastrophic" for Britain and for the EU.

Check out the full interview on #Ridge from 8.30am this Sunday. pic.twitter.com/8ahZ6X8l4K

​While some rejoiced over his positivity towards the outcome of the ongoing Brexit thriller, with the pound sterling rising by 0.2 percent to $1.2545 by 10:30 a.m. on 20 September - reaching its highest point since 15 July, many netizens were eager to discuss the peculiar nature of his relations with the backstop.

Watch this video and tell me it’s reasonable he’s been in charge of the European Commission for five years?

Did you vote him in?

That's not a headline I ever expected to see...#RemainsTheAnswer pic.twitter.com/lL0YFh3pzc

​Others were more concerned at how the Irish leadership would feel about this coming-out.

​Irish Foreign Minister Simon Coveney has already cooled down the glee, however, saying that although the “mood music” had improved, there is “quite a wide gap” remaining between the two negotiating positions. He told the BBC that there were still "serious problems" over how to handle the issue of the Irish border, saying that British Prime Minister Boris Johnson had not come up with any realistic alternative to the "backstop".

Meanwhile, Johnson, who overtook the steering wheel to lead the UK out of the EU from Theresa May after she failed to get the Parliament to agree on her deal, says that he is working hard to get an agreement, but that the EU claims Britain has not produced any concrete proposals.