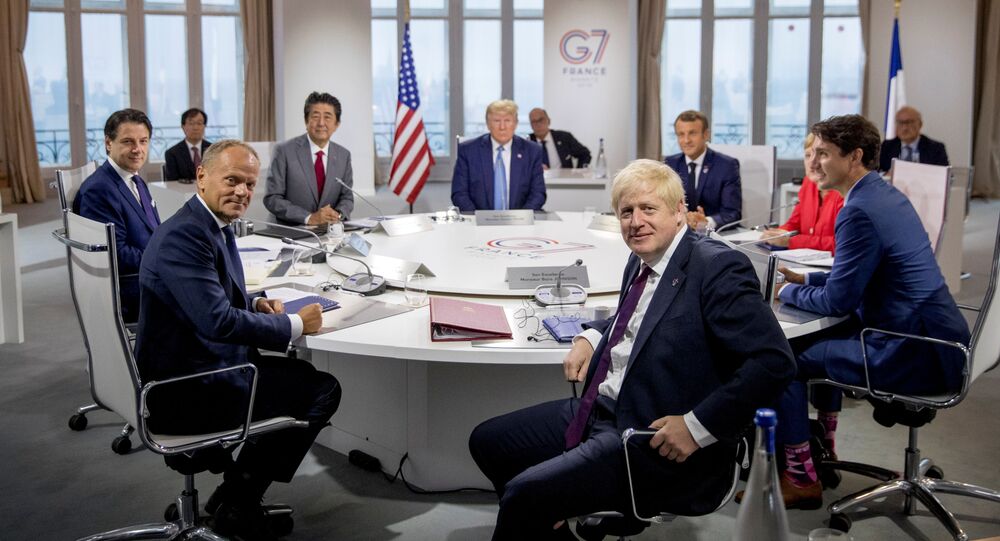 The visit comes as the UK government launched a 'call for input' on Friday, aimed at preparing London for post-Brexit trade agreements, which is open to public participation until 4 November.

International trade secretary, Liz Truss, entered talks with Tokyo officials on Friday to discuss establishing new economic partnerships with Japan following the UK government's call for input from the British public on how best to strike a deal with Tokyo amid government preparations for Brexit.

The Department for International Trade (DIT) published its information note for the call for input on the EU-Japan Economic Partnership Agreement (EPA), which came into force on 1 February this year and is being used by London and Tokyo as a "basis for a future economic partnership" which could be extended to further levels of cooperation, a report read.

Ms Truss said that "the UK is ready to trade" and was an "open, welcoming country".

"Businesses should be reassured that there is huge political will on both sides to begin negotiating a new free trade agreement with Japan as soon as possible," Ms Truss said, adding that the call for input would allow London to "give people throughout the UK the opportunity to have their say on the new agreement".

She added that doing so was about "taking back control" of Britain's trade policies by tailoring an agreement "to the needs of both our countries".

London and Tokyo are also expected to sign an exchange of letters to ensure that continue the EU-Japan Mutual Recognition Agreement (MRA), involving over £2bn in trade.

Despite consternation over Brexit, where Japanese carmakers Nissan and Toyota began moving production out of the UK, Japanese prime minister Shinzo Abe said in October last year that he welcomed the UK "with open arms" during trade talks on considering London for ascension to the Comprehensive and Progressive Agreement for Trans-Pacific Partnership (CPTPP), signed by 11 countries across the Asia and Pacific in 2017 minus the United States.

London Strikes Trade Continuity Agreements To Get Ready for Brexit

The news follows developments in late August, after Downing Street struck its third-largest trade association agreement with South Korea, which wold allow businesses to carry on trade after the UK left the European Union on 31 October.

Trade between London and Seoul stood at £14.6bn in 2018 and had strengthened nearly 12 percent year-on-year after the two countries had signed their UK-Korea Free Trade Agreement 2011, the DIT reported at the time.

If successful, the UK would have signed free trade agreements with 11 countries and two trading blocs, including Canada, Mexico, the Southern Africa Customs Union and Mozambique, Switzerland and others. Despite the bulk of trade still remaining with the EU, at £634bn, London has remained adamant it would strike new trade partnerships to prepare for leaving the EU 'come what may' by the 31 October deadline.