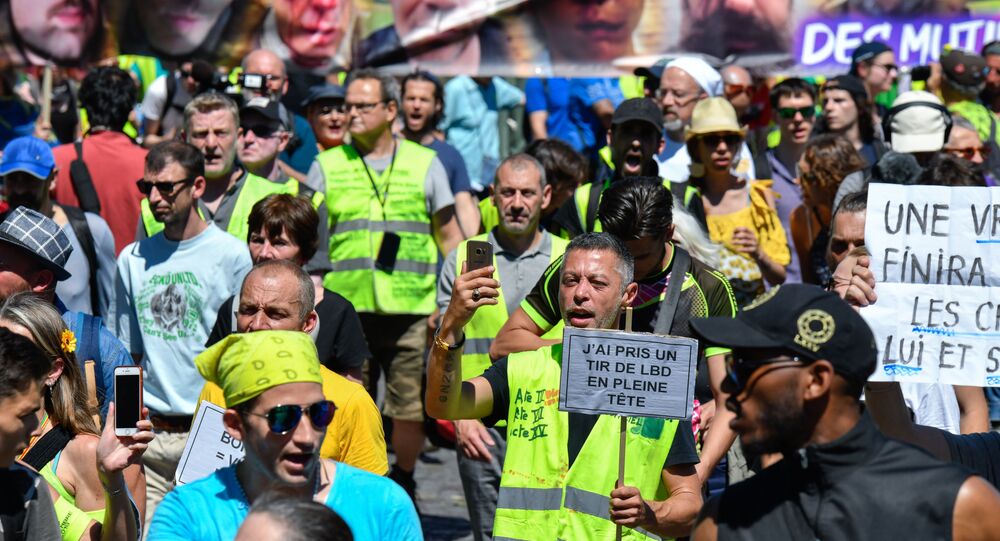 MOSCOW (Sputnik) - French President Emmanuel Macron on Thursday said that the soon-to-be a year-long Yellow Vests (Gilets Jaunes in French) movement of potent popular protests against certain state policies in France turned beneficial for him in a sense and taught him ways for improvement for the remaining part of his presidential mandate.

"In a certain way, the Gilets Jaunes were very good for me, because it reminded me who I should be," Macron said in an interview to the TIME magazine.

Thousands of people taking to the streets to protest against cuts of social benefits, raise of fuel prices and abolition of wealth tax is nothing but a regular reaction of middle class and working class in democracies, the French president said.

"My challenge is to listen to people much better than I did at the very beginning," he added, when reminded of video footage where he tells a young protester to "cross the street and find job."

The wave of Yellow Vests rallies started in mid-November 2018 and soon marred the entire country with the epicentre in Paris. Among many anti-government slogans and placards, harsh criticism could frequently be seen and heard against Macron himself.

Yellow Vests Gather in Nantes for 44th Round of Protests - Video