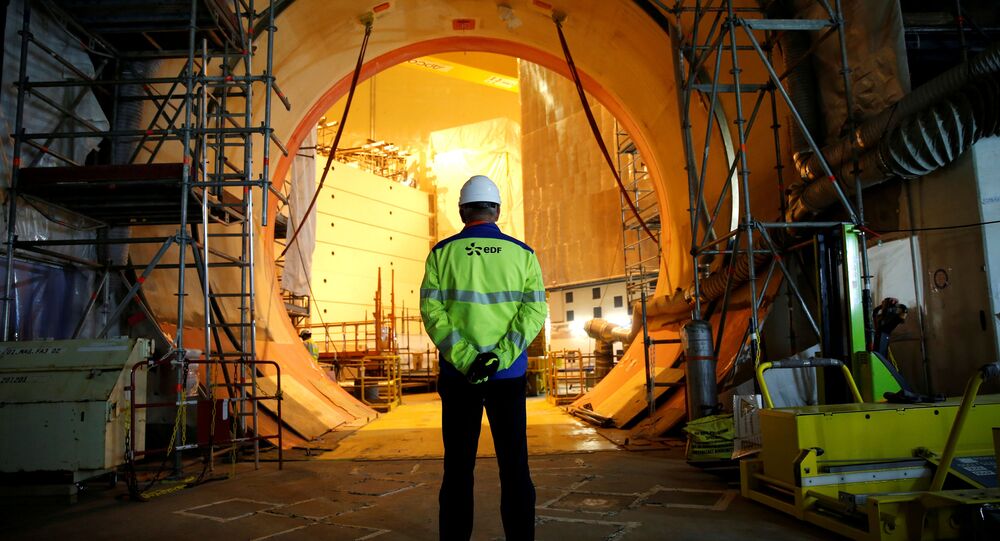 Most European states have taken a course to reduce to zero the use of nuclear plants since the disaster at the Japanese plant Fukushima in 2011 that led to the contamination of nearby land and sea.

Six (around 10% of the total amount) of nuclear reactors in France are using parts that had "manufacturing deviations" Electricite de France (EDF) SA, the country's biggest power supplier reported. The irregularities were found in 16 steam generators used on nuclear power plants in Blayais, Bugey, Fessenheim, Dampierre-en-Burly, and Paluel. At the same time, EDF stated that the issue is not a pressing one and doesn't require immediate attention.

The report comes in line with an ongoing programme of reactor checks in France following the discovery of carbon-content irregularities in the steel produced by Le Creusot Forge in 2016, which made the metal weaker than usual. The checks led to the temporary suspension of numerous reactors, and a spike in energy prices both in France and in nearby states due to the former's need to import energy to cover the deficit.

© AP Photo / Pablo M. Diez/Pool
In this Oct. 12, 2017, photo, ever-growing amount of contaminated, treated but still slightly radioactive, water at the wrecked Fukushima Dai-ichi nuclear plant is stored in about 900 huge tanks, including those seen in this photo taken during a plant tour at Fukushima Daiichi Nuclear Power Plant in Okuma, Fukushima Prefecture, northeast of Tokyo

Some European states have even announced their intention of completely phasing out the use of nuclear energy, gradually shutting down existing nuclear plants and aborting the construction of newer ones following the 2011 disaster at the Japanese plant Fukushima, which left significant patches of land and sea contaminated. The incident happened after the plant was hit by a powerful tsunami that knocked out its power and left reactors without cooling systems.

Three countries, namely Belgium, Switzerland and Germany, are planning to eventually switch to renewable energy sources, while using gas in the transitional period. France, however, despite initially considering such option decided to keep its nuclear industry. Still, Paris opted for a reduction of its portion in the country's energy generation from over 70% down to 50% by 2035.

Tokyo Officials Still Unsure What to Do With Radioactive Fukushima Water