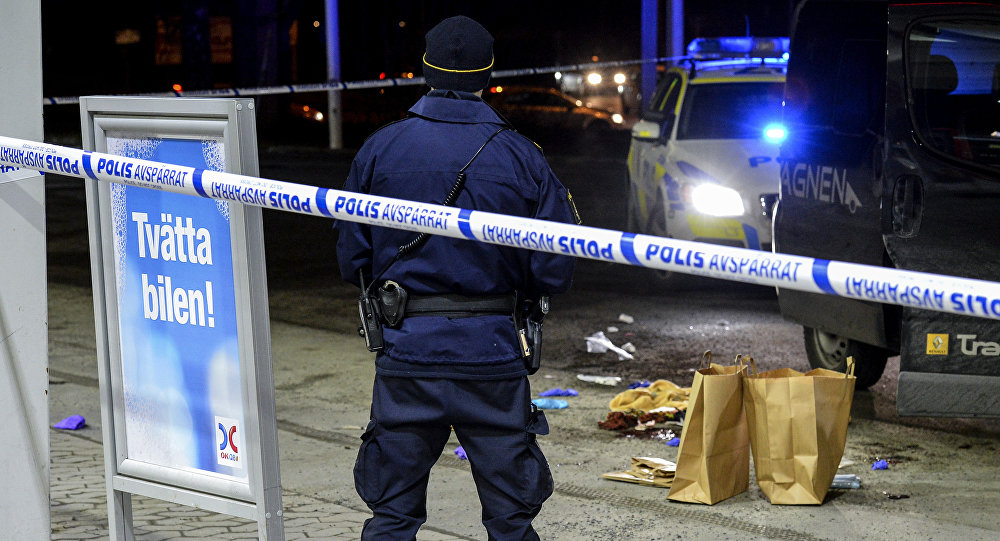 As one of Sweden's most-read daily newspapers noted, gangland violence has reached a level that “instills terror” across the country. Both the shooting and blast curves have been pointing upwards for some time now.

To combat the growing number of deadly shootings and escalating gun violence, the Stockholm police has launched a collaboration effort with the New Jersey State Police Department in hopes of introducing new crime-tackling methods.

While Expressen, one of Sweden's most-read daily newspapers, noted that gangland violence has reached a level that “instills terror” across the country, former New Jersey State Police chief Rick Fuentes, and now an expert at Rutgers University, admitted that he is not accustomed to such a level of crime. Fuentes found the prevalence of explosive attacks particularly disturbing.

“I haven't seen a single grenade attack [in the US]. It has not happened. We have not seen the use of explosives when it comes to murders and injuring people, it has just not happened. It is a level of violence that we have not seen”, Fuents told Expressen.

Fuentes explained that it is much more difficult for the police to deal with violence involving explosives, stressing that gun violence is easier to handle. Nevertheless, he found the spike in serious gun violence in Sweden “worrying”.

In recent months, several major explosions have occurred in Sweden, most notably in Linköping in summer and in Lund this past weekend.

According to Fuentes, part of a simple and cost-effective solution is to speed up forensic analysis by conducting various investigations in a single place. Fuentes stressed that laboratories specialising in firearms have reduced processing time from ten months to a mere 48 hours. The data is promptly sent back to the investigators, which allows the perpetrators to be quickly identifed and removed from the streets.

“We saw a 30 percent reduction in shootings in some cities, especially Newark”, Fuentes said.

At present, a single arms investigation takes the Swedish National Forensic Centre up to 150 days. Waiting periods of this scope must be significantly shortened, according to Stockholm Police chief Ulf Johansson.

Deadly violence linked to gang conflicts has risen sharply in Sweden in recent years. So far this year, 214 shootings have occurred, killing 29. 2018 set a dismal record with 306 shootings and 45 dead. The year before, 43 were shot dead in a total of 324 shootings.