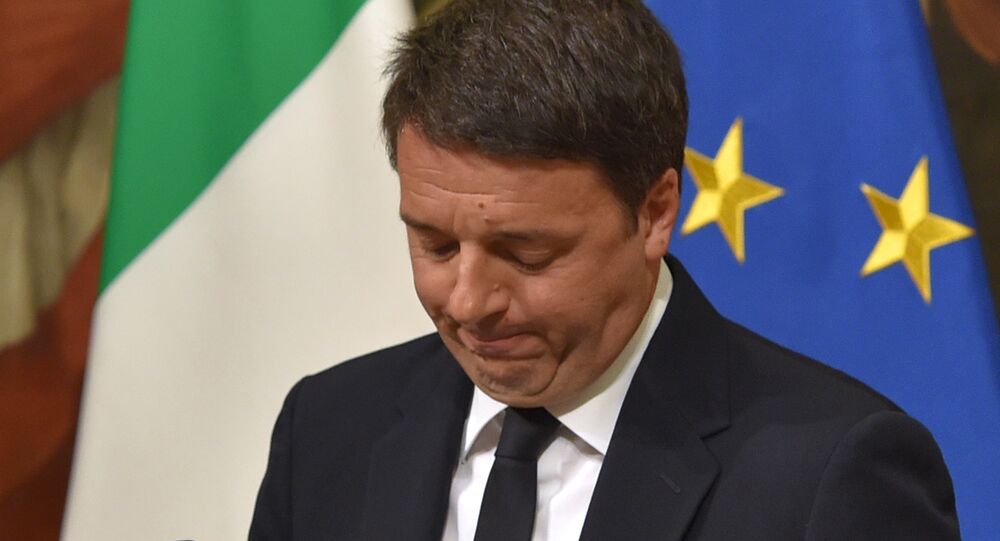 Renzi has informed Prime Minister Giuseppe Conte about his decision over the phone. The heads of both houses of the parliament have been notified as well, the outlet reported late on Monday.

At the same time, Renzi reportedly expressed his "committed support" for the new government.

Italian media had long been speculating about Renzi’s possible exit from the DP due to obvious difficulties that this move could create for the new coalition government, formed by the Democrats and the Five Star Movement after the latter’s split with the euroskeptic Lega.

Though Renzi stood down as party leader back in 2018, he is believed to have retained influence in the party's governing bodies and have supporters among DP lawmakers, which in the long run may threaten the stability of the government.

According to some estimates, the so-called Renzi faction consists of up to 20 members of the lower house and some 10 members of the upper house. The vote of confidence in the government, held last week in the upper house, meanwhile, showed that the coalition has 169 votes in support with a minimum threshold of 161.

Renzi became the leader of the centre-left Democratic Party in December 2013 at the age of 38. In February 2014, he already formed a new government, effectively ousting his fellow party member and then-prime minister, Enrico Letta, who subsequently retired from politics.

Renzi was at the government's helm until December 2016, when he resigned after the failure of the constitutional referendum on a parliament reform.

In March 2018, after a major DP electoral defeat, Renzi stepped down as party leader.