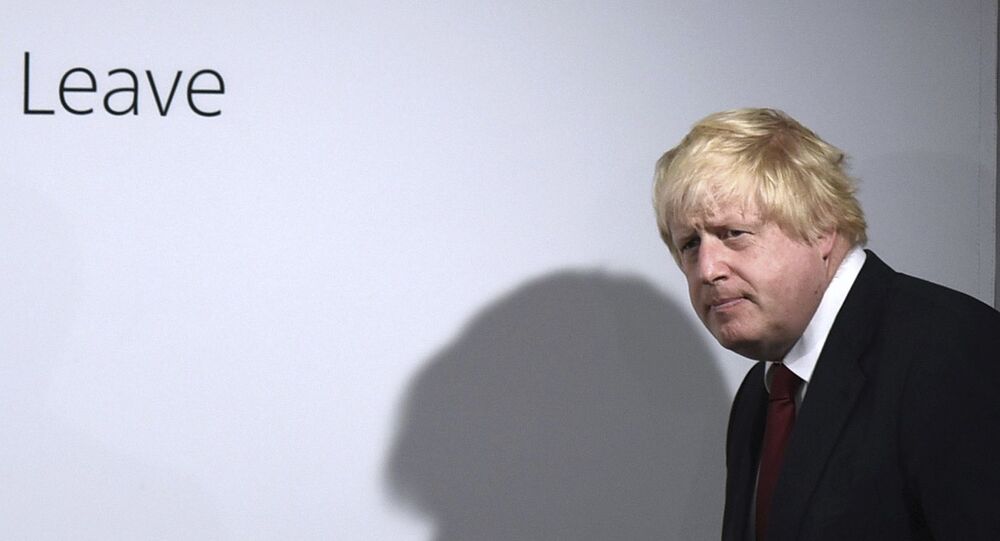 UK Prime Minister Boris Johnson earlier this week reiterated - after his bid for snap elections again failed in the British Parliament - that he would do everything in his power to strike a deal with the European Union and confirmed that his administration would not ask Brussels for an extension of the 31 October withdrawal date.

Boris Johnson is set to head to Luxembourg on Monday for his first meeting with European Commission President Jean-Claude Juncker. The UK Prime Minister believes he can ink a new Brexit deal with Brussels, The Telegraph reported Sunday.

According to the media report, Johnson said he wants to “get this thing done” so that Britain can emerge from Brexit “on a brighter, more cheerful, more confident and global path”.

The British Parliament was prorogued until 14 October in the early hours of Tuesday, right after Johnson's proposal to hold early parliamentary elections was rejected.

Johnson's defeat came hours after Queen Elizabeth II gave her assent to the bill, blocking a no-deal Brexit in late October. The bill, dubbed by the prime minister as a "surrender bill", was adopted and then passed by the House of Lords.

During debates in Parliament, Johnson proposed a snap election on 15 October, but his call was rejected. Last week, the upper chamber approved the bill, forcing Johnson to ask the European Union for a Brexit deadline delay.

After his last defeat, Johnson once again pledged to do everything possible to strike a deal with the European Union, reiterating that his government would not ask Brussels for an extension of the withdrawal date.

Since the beginning of his tenure, Johnson has repeatedly vowed that the United Kingdom would withdraw from the bloc on 31 October with or without a deal. The prime minister insisted that a backstop plan should be excluded from the previously agreed London-Brussels deal.

EU leaders, however, have opposed reviewing the signed agreement. Johnson then announced preparations for a possible no-deal Brexit, adding that he would nonetheless try to renegotiate the deal with the EU.

The UK voted to leave the EU in 2016 but the withdrawal has been delayed several times. After then-Prime Minister Theresa May failed to come up with an acceptable plan to leave the bloc by 29 March of this year, the deadline was moved to 31 October.