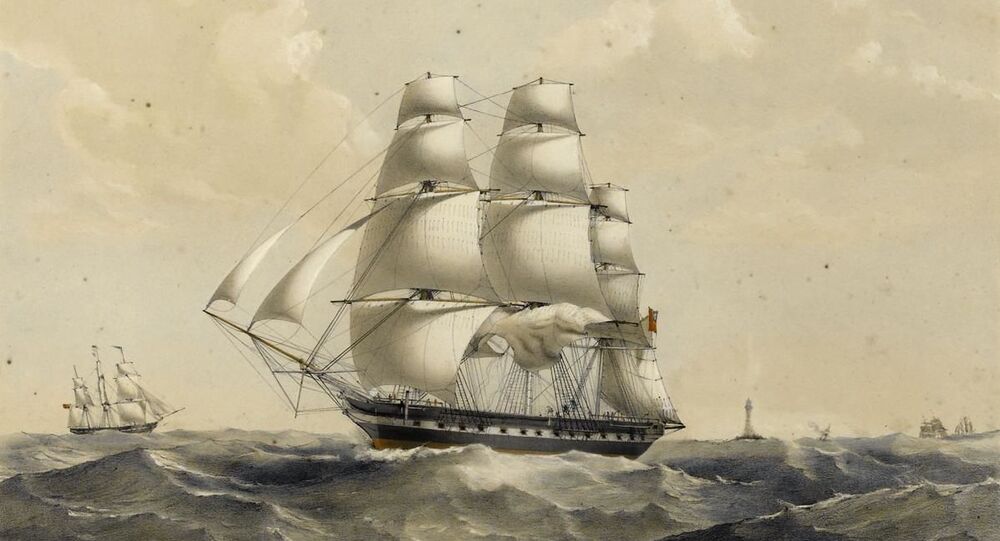 A spokesperson for the Department for Transport apologised for the tweet that advertised the promotional campaign, describing the slave trade as an “abhorrent practice”.

A new promotional campaign launched by the UK Department of Transport, lauding the British maritime sector, has come under fire from academics due to the imagery used in it.

As The Guardian points out, some of the ships featured in the ad, such as fluyts and the East Indiaman, were "used between the 16th and 19th centuries to establish the British Empire, transport slaves and indentured labourers across the Atlantic and bring hauls of valuable goods to Britain".

The UK has a long history with commercial shipping, reaching as far back as 1700 ⚓️

​"This is what happens when the historical memory is limited to a narrative in which we simply abolished slavery – it is remarkably tone-deaf, never mind historically illiterate," historian and author Kim Wagner said as quoted by the newspaper.

Priyamvada Gopal of Cambridge University described the history of British commercial shipping as "a deeply violent one, which included shipping millions of black and indentured bodies tightly packed in the holds of ships to be exploited on plantations."

The tweet in question also sent ripples across social media, with many netizens criticising the department’s move.

Delete this . Speaking of slave ships and colonialism as if they were good and not awful - just go read some history books and take a seat thx

As a former DfT employee, I'm horrified by you using a slave ship to advertise our glorious maritime history.

What insensitive pillock came up with this! Celebrating our murky past is generally not a good idea! We have a lot to be very ashamed about regarding empire & the so called good old days!

This is what their true heart desires; a return to the days of slavery.

Some, however, seemed to appreciate the campaign.

Fantastic campaign. Britain has a wonderful proud maritime history so bravo for highlighting that.

Excellent stuff. Anything to wind up @DavidLammy is good in my view.

The newspaper also noted that a spokesperson for the department stated that “the slave trade was an abhorrent practice for which the British government has rightly apologised.”

"This tweet was intended to promote the future of Britain’s maritime sector, which accounts for 95% of British trade. Needless to say, we apologise if any offence has been caused," the spokesperson said.