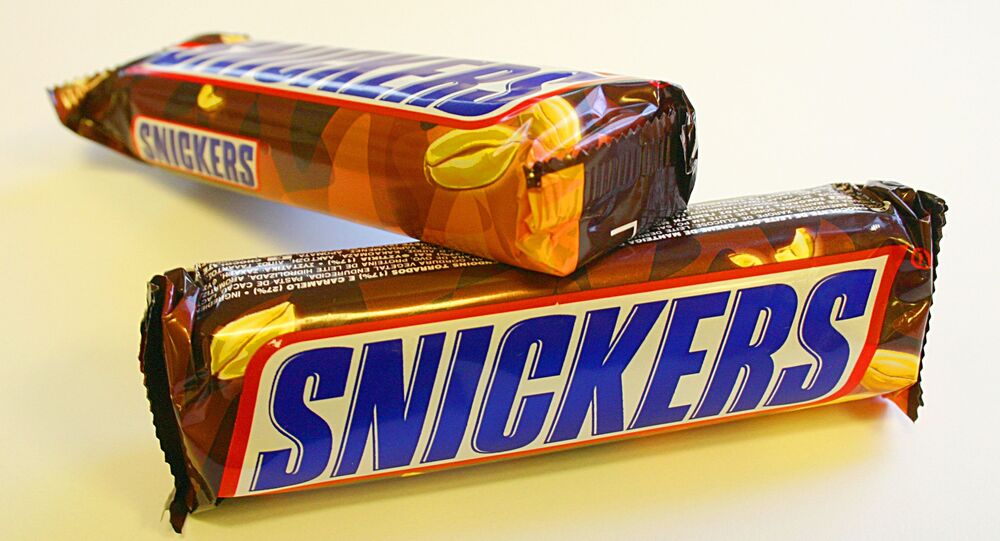 Marathon chocolate bars were rebranded Snickers in 1990 after candy maker Mars decided it wanted the name to be consistent worldwide. Many under the age of 30 many not be familiar with the Marathon bar brand.

UK candy company Mars announced on Friday that they will temporarily release Snickers bars as 'Marathon' bars, the original name from nearly 3 decades ago, according to the Daily Star.

"Bringing the Marathon bar branding back for a limited time really was a no brainer," said Gemma Buggins, brand director for Mars. "It’s a great way to celebrate over 85 years of Mars making chocolate in the UK and we hope this serves as a wonderful treat for fans of Snickers who remember when it was called Marathon!"

The retro nut-filled chocolate snack will only be available for 3 months and only sold in packs of 4 at Morrisons. Returning to the original pricing of 24p per bar, the 4-bar package will sell for for £1.

Some Twitter users were shocked to see how the return of the Marathon brand made them feel old.

Yet another moment of feeling old this week.
I was in the supermarket with a younger friend, when I picked up a 4 pack of 'Marathon' bars and the friend asked what the hell a marathon bar is.
I'll find a grey hair next! 😲#nostalgia #Retro pic.twitter.com/jD6XNqGFjn

Marathon bars on the supermarket shelf and Liverpool are 5 points clear at the top of the league... Have I quantum leaped back 30 years today? pic.twitter.com/uPDqMDBe2t

​Others suggested beginning a petition to get snickers permanently renamed marathon.

Marathons are back!! We should start a petition so they stay that way👍🏻👍🏻 pic.twitter.com/gpsiEpsp1u

This is not the first time that Mars has returned an existing product to its original form, as the company previously reverted the Starburst candy back to Opal Fruits for a brief period in 2008.

A Kantar study this year shows that while total UK confectionery sales have grown by 13 percent over the past five years, vintage favourites such as lemon sherbet and rhubarb and custard have seen sales rise 176 percent and 99.4 percent respectively.