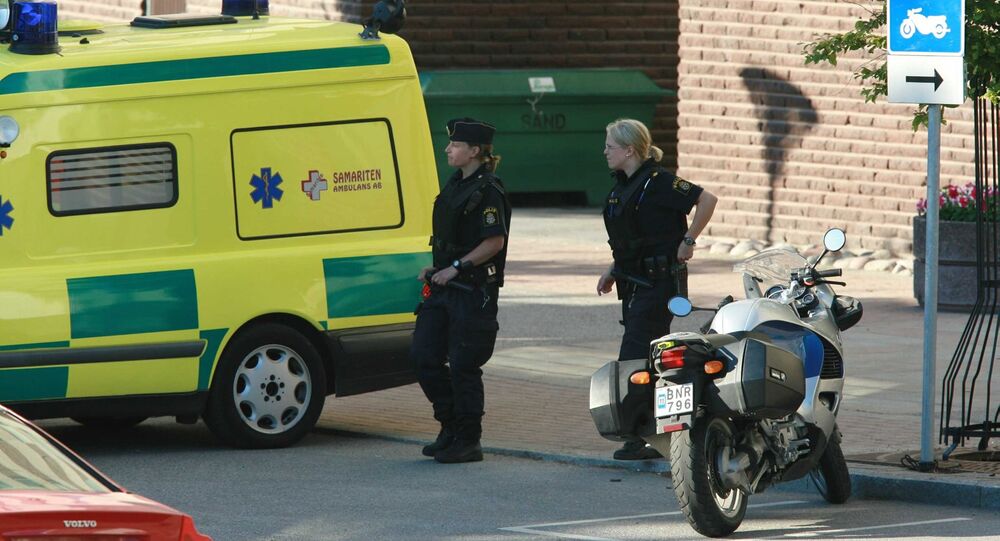 The blast occurred at approximately 2:40 AM local time, injuring a woman who was passing the store, according to media reports.

An explosion rocked the city of Lund, Sweden on Saturday night, wounding a passerby, police say. The incident occurred near a grocery shop which was the target of the blast, Svenska Dagbladet reported, citing a police spokesman.

"We currently have no suspects or detainees; we are analysing the testimonies of witnesses," Svenska Dagbladet quoted the official police spokesman as saying.

The newspaper also cited witnesses as saying that the woman, who is in her twenties, sustained shrapnel wounds. The woman has been taken to hospital; her condition is unknown, according to Aftonbladet.

Police said they received 17 calls from locals complaining about a loud bang. Following the calls, the police, a bomb squad, as well as emergency services rushed to the scene.

The explosion smashed the door and the windows of the grocery store and reportedly triggered a water leak in the building. The windows in neighbouring houses were also shattered by the blast.