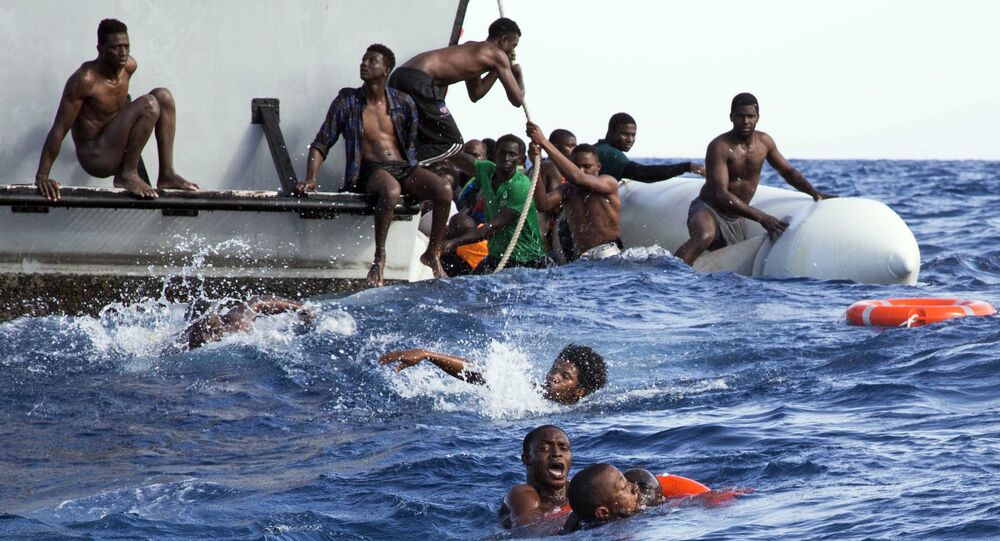 MOSCOW (Sputnik) - The Council of the European Union's Political and Security Committee has extended for another six months its Mediterranean rescue operation, aimed at resolving the migration crisis and disrupting human trafficking, on its current terms, Politico reported.

According to the journalism company, the European Union's Political and Security Committee extended the operation's mandate on its current terms of using only air assets, but sources claim that the previous terms might be reinstated before the current mandate expires.

The operation to combat people smuggling and prevent migrants from drowning while attempting the perilous journey across the Mediterranean from North Africa was launched in 2015 with a headquarters in Rome. Last year, Italy closed its ports to migrant rescue ships, saying that other EU countries refuse to take in migrants whose first point of entry in Italy.

Earlier in March, Italy's former Interior Minister, Matteo Salvini, claimed that operation Sophia had brought tens of thousands of migrants to Italy and eventually the operation was extended on the condition that rescue ships would be replaced with aircraft.

The so-called Mediterranean route is one of the most popular, but also the most dangerous tracks of irregular migration to the European continent. Thousands of illegal migrants risk their lives while embarking on a sea passage upon unsafe, decrepit boats that are operated by smugglers and not designed for such long transfers. According to the International Organization for Migration, an approximate 600 people died since January while trying to reach the European Union via the Mediterranean.