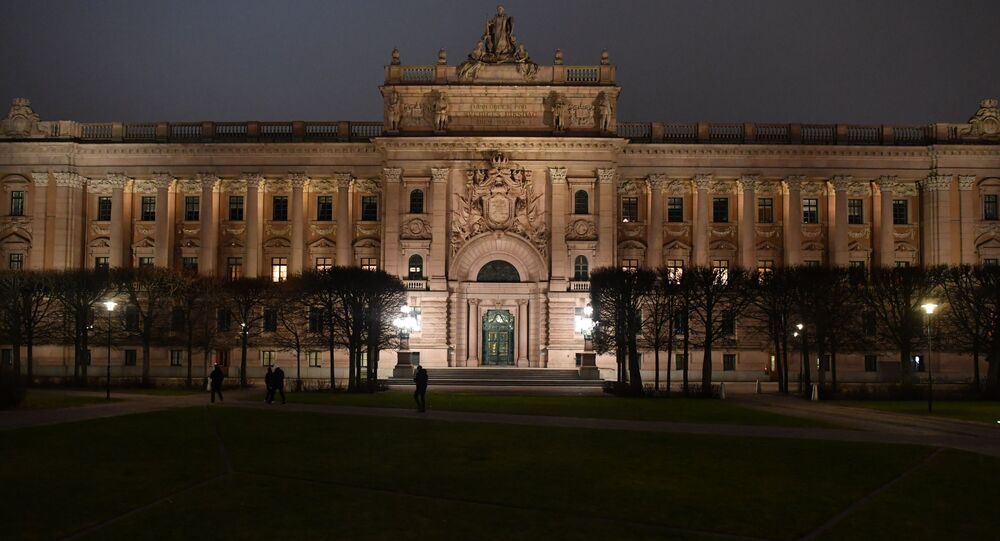 The Nuance Party founder, who was expelled from the Centre Party over alleged contacts with Turkish nationalists the Grey Wolves, admittedly wants to recruit several fellow Muslim outcasts, who had to resign in acrimony.

The newly started Nuance Party (Partiet Nyans), which was established in order to promote Muslim interests in Sweden and will be formally launched on 22 September, hopes to gain ground locally and is pinning its hopes on the 2022 general election.

According to party founder Mikail Yüksel, who was expelled last year from the Centre Party over alleged contacts with the Turkish nationalists, Grey Wolves, a group labelled a “security threat” in Sweden, the party is likely to join the municipal council in Växjö, where up to a quarter of the population are immigrants.

Meanwhile, local divisions will be launched in Sweden's main cities, such as Stockholm, Gothenburg, Malmö, and Örebro. The main goal is to enter parliament in 2022.

Among other things, the Nuance Party, which bills itself “the party for the country's suburbs”, seek to make Islamophobia a crime and designate Muslims as a special group with minority status in the Constitution.

However, Yüksel, who has described himself as “a practising Muslim, ethnic Turk, and proud Swede”, doesn't want to lead the party himself. Instead, he would like to concede the chair to former Housing Minister Turkish-born Mehmet Kaplan, a Green Party heavyweight and the first Muslim to become a cabinet minister in Sweden, who in 2016 was forced to resign over a dinner with the Grey Wolves.

“Mehmet Kaplan is perfectly cut out for the job as party leader for the Nuance Party. He has experience working in government and parliament”, Yüksel explained to the newspaper Lokaltidningen.

Yüksel would also like to employ another controversial Muslim politician, Yasri Khan, who is also an outcast from the Green Party. Khan, at that time seen as a rising star, quit all his assignments with the Greens after refusing to shake hands with a female journalist, citing his religious beliefs. Yüksel has described Khan as a “good person”.

Interestingly enough, Yüksel has denied having any Islamist connections himself. By his own account, it was the Grey Wolves who sought cooperation, which he rejected.

Earlier, Yüksel spelled out his standpoint in an opinion piece in the daily newspaper Aftonbladet.

Among other things, Yüksel blamed the establishment for “failing the multicultural society”. He also identified “populism” and “xenophobia” as the roots of evil in Swedish society.

“Growing populism with xenophobic rhetoric leads to all established parties approaching each other with a copy-paste policy from the xenophobic forces that are spreading in our society. Liberals are no longer liberals and socialists are not socialists”, he claimed, pledging to step aside from the established ideologies and rejecting that idea that Nuance was a Muslim-only party.

Owing to Sweden's liberal immigration policies of recent decades, the share of immigrants and their descendants has increased from virtually non-existent to about a quarter of the population of 10 million. The percentage of Muslims has been estimated at over 8 percent or 800,000.