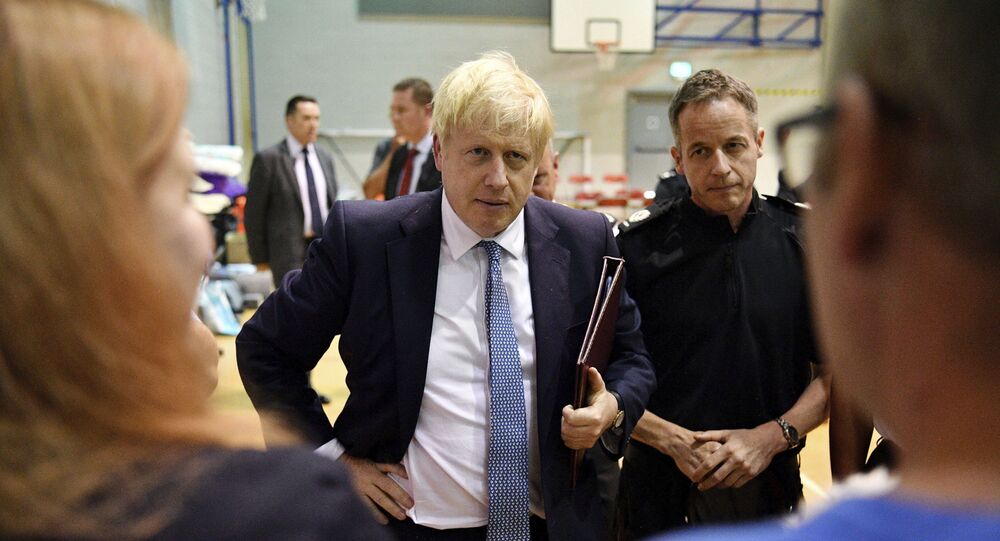 MOSCOW (Sputnik) - UK Prime Minister Boris Johnson told schoolchildren during his visit to the NLV Pharos lighthouse tender, which moored on the River Thames in London, that it "would be very good" to build a bridge from Scotland to Northern Ireland for 15 billion pounds ($18.5 billion), Sky News reported.

"[I was talking yesterday] about building a bridge from Stranraer in Scotland to Larne in Northern Ireland - that would be very good. It would only cost about 15 billion pounds", Johnson said in a video published by Sky News.

While still serving as foreign secretary, the official proposed the idea and asked the government for the project's estimates, and even called for building another bridge over the English Channel to link the United Kingdom and France.

"There is so much more we can do, and what grieves me about the current approach to Brexit is that we are just in danger of not believing in ourselves, not believing in Britain", Johnson said, as quoted by Sky News.

The construction of such a bridge is seen as a potential solution to the Irish backstop, a measure that entails keeping the entire United Kingdom in the EU Customs Union, with Northern Ireland complying with some EU Single Market rules, in case of a no-deal scenario.

The United Kingdom voted to leave the European Union in 2016 but the withdrawal was delayed several times. After then-Prime Minister Theresa May failed to come up with an acceptable plan to leave the bloc by 29 March of this year, the deadline was moved to 31 October.