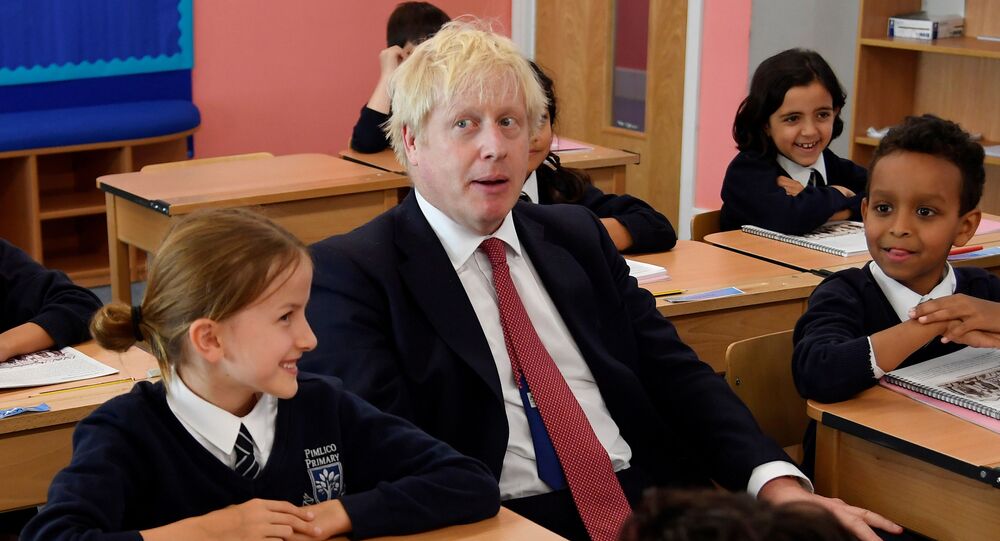 Johnson has denied lying to the Queen when he advised her to prorogue parliament, and claims prorogation is a political decision rather than legal one - although has declined to give a sworn statement to the court setting out his reasons for shutting down the UK legislature.

Speaking to reporters in Brussels, he said parliaments were "houses of democracy" and debate shouldn’t be shut down at such an important juncture.

"I'm in favour of parliaments being open permanently, particularly when they're deciding on the destiny of a great nation such as the UK. Everyone was very struck, I think, by the decision. It dates to a time when parliaments were a bit different, but in today's Europe, they're the voice of the people – and if you can't discuss the destiny of a country in a parliament where can you do it? It's good for parliaments to stay open, that's the way we like them,” Sassoli explained.

​The leaders of the European Parliament's mainstream political groups have agreed a resolution, noting the "strong opposition in the House of Commons and beyond" to the prorogation of the Commons, with MEPs agreeing the decision made a no-deal Brexit more likely.

When the move to suspend the UK's legislature was first announced, dozens of MPs supported an emergency request to the European Commission to invoke rule of law procedures against the UK – and on 11th September, Scotland's highest civil court ruled the suspension was unlawful. The case is now being heard by the UK Supreme Court, with hearings starting on the 17th.

Sassoli, an Italian member of the European parliament's socialist group, has been president of the parliament since May, when he replaced Italian conservative Antonio Tajani.