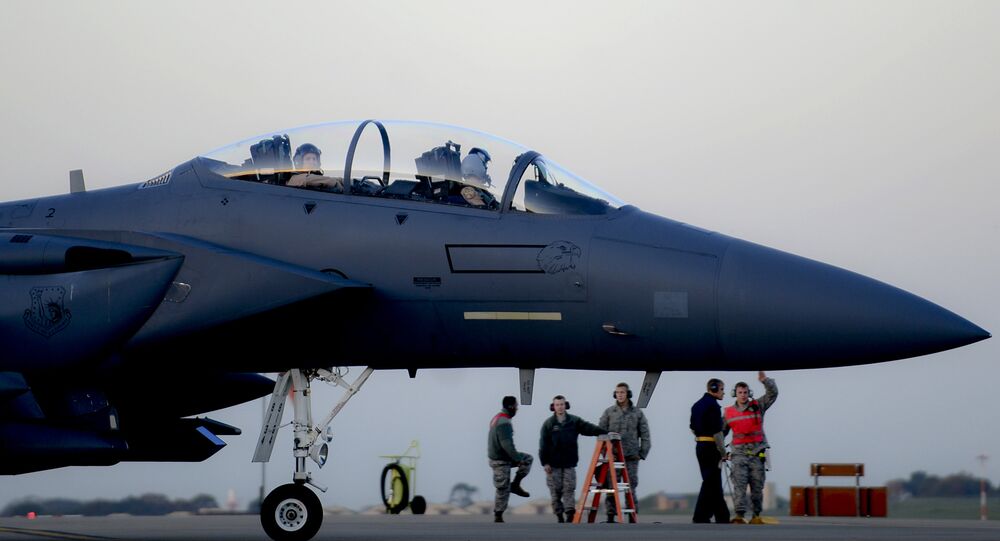 According to reports, the parachutists managed to record aircraft travelling at 350mph (560km/h) on a helmet camera.

Two freefalling skydivers evaded collision with two US fighter jets near the Royal Air Force's Lakenheath station in England, home of the US Air Force's 48th Fighter Wing, the BBC reported citing the UK Airprox Board.

The board stated that the pilots should have been informed about the activity by the local air traffic control, adding that the US Air Force was re-briefing crews to make them aware after the incident.

The dangerous situation resembles one that occurred in April, when skydivers almost collided with an F-15 over Chatteris airfield. After further examination, the Airprox Board said it was second-highest danger category, stressing that the Chatteris airfield, where several parachute clubs are based, did everything to inform the base about the skydivers.