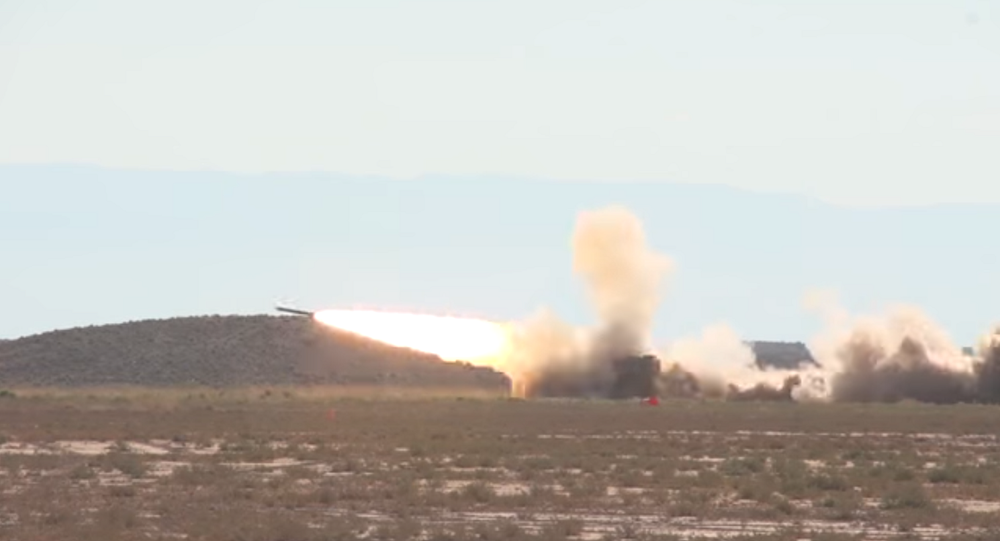 Over a dozen M270-A1 multiple launch rocket systems (MLRS) have arrived in Germany, bringing longer-range rocket artillery to US forces in the region in the wake of the collapse of the Intermediate-Range Nuclear Forces (INF) Treaty

Sixteen of the mobile rocket systems and their support vehicles arrived by rail in Grafenwoehr on Wednesday to outfit the recently reformed 41st Field Artillery Brigade, now based in Germany’s southern Bavaria state. The systems greatly extend the range of US artillery, and new projectiles in development will push the limits of the now-defunct INF Treaty.

Last year, US European Command complained to lawmakers of its need for such a brigade, which was added to its forces in November when the 41st was reactivated. An MLRS rocket barrage can reach targets at least 40 miles away, or with newer rockets like the Army Tactical Missile System (ATACMS), upwards of 100 miles away.

The M270 was first introduced in the late 1970s, being deployed to Europe with a cache of unguided rockets intended to blanket a 1-square-kilometer area with little explosive bomblets in under a minute. However, newer projectiles are guided, making them more deadly still. The Precision Strike Missile (PrSM), in development now as part of the Army’s Long Range Precision Fires (LRPF) program, is expected to have a maximum range of 499 kilometers.

When the PrSM was proposed, 500 kilometers was the lower boundary of ranges for land-based projectiles banned by the INF Treaty, which the US and Soviet Union signed in 1987 for the purposes of banning the weapons from Europe, where their quick strike ability posed a danger of igniting a war at any moment.

The M270 was first used in combat during Operation Desert Storm, during which Iraqi soldiers subjected to its rocket bombardments started referring to the system as “steel rain.” By contrast, US Army soldiers have dubbed the MLRS “the finger of God.”

Stars and Stripes noted it’s unclear how many MLRS systems the 41st will eventually receive.