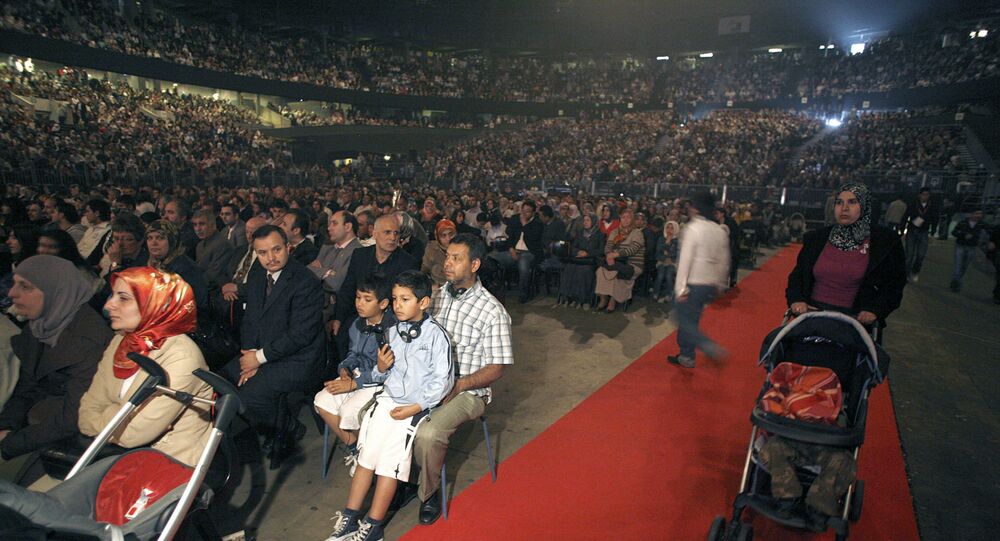 Since 2015, Belgium, like many European states, has experienced an influx of migrants though few statistics have been available since then to truly gauge the numbers. The latest data indicates that around 25% of the country's population are foreigners with roughly half of them coming from outside Europe.

Filip Dewinter, a prominent member of the right-wing party Vlaams Belang and member of the Flemish Parliament of Belgium, took to a stage atop of Antwerp City Hall to deliver an "important" message to the city’s residents, though instead of shouting down to the pedestrians below, he recorded his address on video and published it on his official Twitter account. In the video, Dewinter sitting next to a golden eagle on the top of the building declared that like many times in the past, the city had been "conquered" by a new force – Muslims.

"This town hall has been around since 1565 […] It was besieged, set on fire and has experienced countless revolutions, wars, and invasions of our city. This city was occupied by the Romans, the Spaniards, the French, the Germans and today by Islam", he stated.

The Belgian MP claimed that almost 25% of the city's population are now Muslims, while half of the children in its schools are their offspring. Dewinter further expressed his frustration about the overabundance of mosques in Antwerp saying their number already exceeds 65 in a city with around 500,000 inhabitants. In light of this, the lawmaker has called to put an "end" to the city's "occupation".

Since 2015, Antwerp and Belgium in general, has been dealing with a major increase in the migrant population. The trend has reportedly led to an increase in crime rates across Europe, especially in terms of knife attacks and incidents of rape. Antwerp itself was rocked by an explosion near Spoor Noord Park on 18 March 2019 with another explosive device found on the same day, which some attributed to gangs consisting of foreigners.

Another trend, set in motion by a boost in migration, has been the rise in popularity of political forces opposing EU and individual governments' migration policies, with Vlaams Belang being one such force in Belgium. During the last elections it managed to secure 18 out of 87 seats in the country's Parliament, a sharp 15-seat rise in comparison to the 2014 elections.