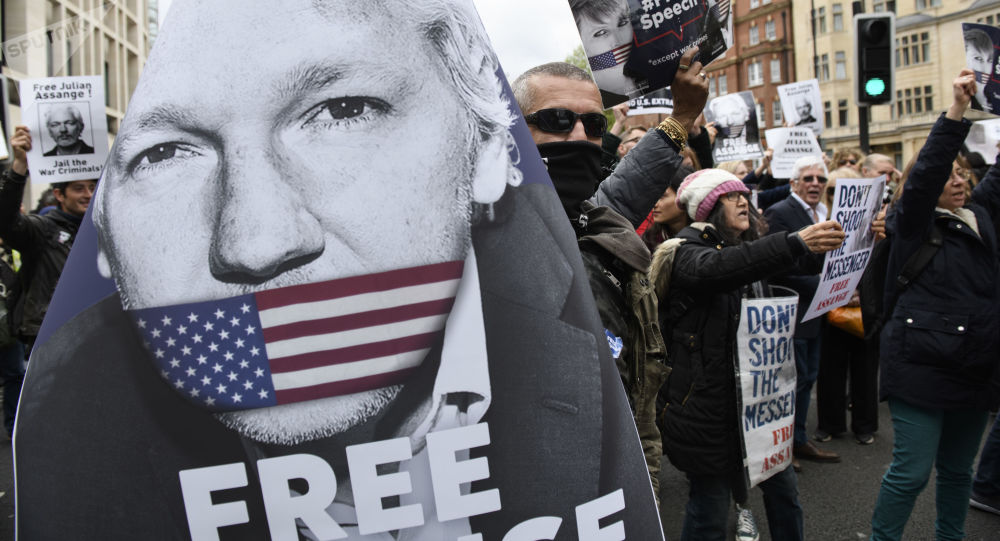 Assange, who faced sexual assault and rape allegations in Sweden in 2010, had been sheltered in the Ecuadorian Embassy in London until April this year when Ecuador withdrew its asylum offer. Assange has been fearing extradition to the United States as WikiLeaks released a number of the US government's confidential documents.

A Swedish prosecutor said on Monday that she had interviewed seven witnesses connected to rape allegations against Wikileaks founder Julian Assange. Two of the witnesses have not been previously heard in the case against Mr Assange, and prosecutors have not determined how to proceed with the case.

Eva-Marie Persson, deputy director of public prosecution, plans to reopen the case against Mr Assange or she will miss the statute of limitations deadline which will expire in August 2020.

"We have mainly re-interviewed those individuals who were interviewed in 2010, although two of the persons interviewed have not previously been interviewed," Mrs Persson said in a press statement.

She added: "Once we have analysed the interviews, I will decide how to proceed with the case. The investigation may then be discontinued or I may decide to conduct further inquiries.

Assange could face up to four years in prison if the Swedish prosecution charges and convicts him. However, there are fears that the Scandinavian country may extradite Assange to the US, where the US Department of Justice slapped him with 18 counts totalling up to 175 years in prison, citing the 1917 Espionage Act, which was used against alleged ‘enemies of the state’ in the early 1920s.

A Swedish court had previously rejected the prosecution’s request in late July to detain Mr Assange in abstentia, which would have been necessary to extradite the activist.

But the court said that an investigation could proceed without a formal detention order, with Mrs Persson stating that she would “write to the British authorities” to conduct an interview with Mr Assange.

"If I make the assessment that the next step is to interview Julian Assange, I will issue a European Investigation Order, in which case I shall write to the British authorities with a request to conduct an interview," she said.

The developments come after the UN Special Rapporteur on Torture, Nils Melzer, wrote in a letter in late July that Assange could be "exposed to a real risk of torture" if extradited to the US, adding that Assange's deteriorating physical and psychological health had resulted "from the combination of factors".

The WikiLeaks founder sought refuge at the embassy of the Latin American nation after Sweden leveled rape charges against him in 2010. Assange has denied these allegations, and in 2017 Sweden dropped the case against him. In May, however, shortly after the arrest, Swedish prosecutors announced that they had reopened the rape investigation.

Mr Assange, who took refuge at the embassy in 2012, remained there for seven years and was forcefully arrested from the Knightsbridge-based facility on 11 March for breaching his bail conditions. Activists from the Julian Assange Defence League, Socialist Equality Party, Canadian actress Pamela Anderson, Wikileaks and others have been appealing to the UK Home Office, sections of the UK government and the general public for the whilstleblower's full release since his detention at Belmarsh prison.