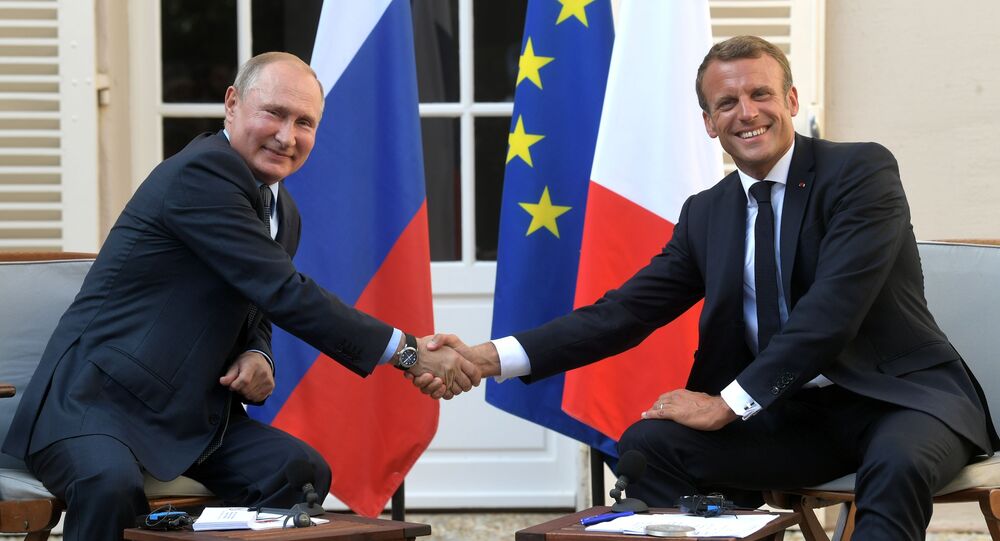 PARIS (Sputnik) - French President Emmanuel Macron and Russian President Vladimir Putin during a phone conversation on Sunday discussed key issues of the upcoming 2+2 ministerial talks in Moscow, which will be held on Monday, the press service of the Elysee Palace said.

"This telephone conversation ahead of the meeting in Moscow of a joint [Russian-French] Security Cooperation Council with the participation of the foreign and defence ministers made it possible to clarify the key areas of work of the ministers," the statement said.

The ministers of foreign affairs and defence of Russia and France will hold a meeting in the Russian capital on 9 September.

According to the statement, the two leaders also confirmed the intention to hold a Normandy Four summit on Ukrainian reconciliation in the coming weeks in Paris.

"The presidents of the two countries confirmed that the current situation will allow convening a Normandy Four summit in Paris in the coming weeks in order to achieve progress in implementing the Minsk agreements," the statement said.

Putin and Macron also exchanged views on the situation around the Iranian nuclear problem and expressed hope that all interested sides would take necessary decisions to ease tension.

In late August the two heads of state had a bilateral meeting at the French presidential residence in the Fort de Bregançon in southern France. At the time, Putin and Macron discussed a wide range of issues, including the Russian-French bilateral cooperation as well as the most pressing issues, such as the Ukrainian crisis, tensions in the Middle East, and Syria.