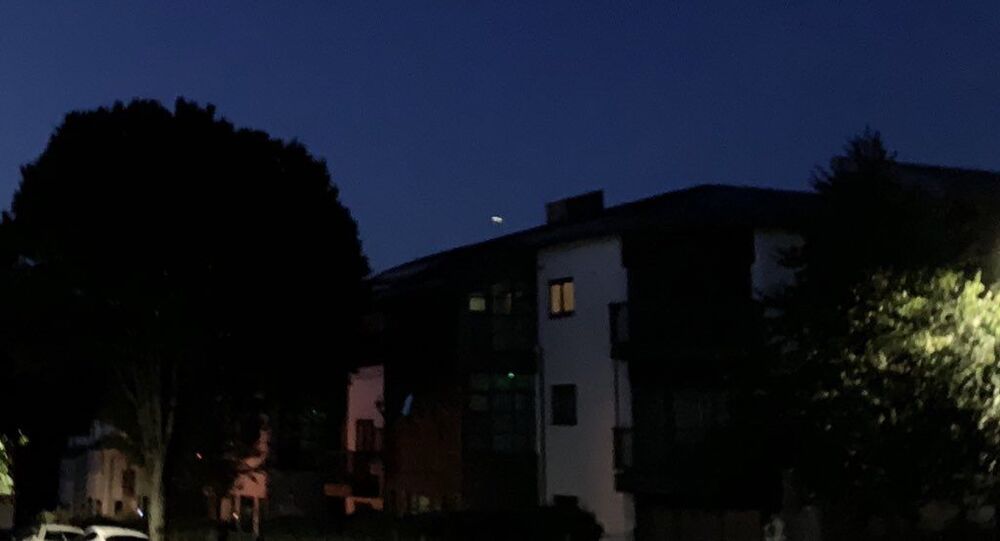 Several eyewitnesses have called the cops fearing that the plummeting fireball, which split in two at one point, could be the result of an aircraft incident.

Reports of mysterious glowing objects streaking across the sky above England’s southern coast triggered a police operation in the early hours of Sunday.

“We have had further reports of seeing an object in the sky from some distance away with a trajectory towards the ground, with an item falling off it at some point,” the Force Incident Manager for Devon and Cornwall Police told the local newspaper Plymouth Live.

Police tweeted via their Plymouth C Section Response account on Sunday morning: “Did anybody else see two glowing objects falling southwesterly direction out towards Plymouth sound?”

“I know I have been up all night, but that was odd. Asteroid?”

Devon and Cornwall Police said they managed to get a picture of the object at 5:52, local time.

Managed to get this shot at 05:52 in #Plymouth pic.twitter.com/lbKYb8Y1ac

One user said the object “arched across the sky east to west,” and the whole sighting lasted around 20 seconds. “It looked like a meteor or possibly a satellite rather than an aircraft,” they wrote.

I saw a meteor as well at the exact same time. Was in East London Bow Church facing in the south west direction. Saw it curve downwards moving east to west. It even broke into two pieces.

About 6 am I glanced out the window and saw one bright white streak low in the southern sky followed closely by a smaller orange one. They were travelling much faster than I’d expect a plane to travel. I’m in St Marychurch.

Yep, saw it from Andover! One object then split into two. I woke the missus up thinking it was a plane crashing!

Police inspector John Shuttleworth said following an aerial and ground search that “this has not been a light aircraft crash and no persons have been injured.”

“The expert opinion of trained search officers is that if there had been an aircraft crash, assets in the air would have seen some debris,” he added.

The inspector said there had been reports from sky gazers in other southern cities observing meteor showers – which is the likely explanation.

“In principle if it was an aircraft there would be something visible from the sky in terms of smoke and or fire.”

“There is still no recorded flights in that area but that’s not to say a small aircraft wouldn’t need to register the flight; it’s possible one could be in the air with no formal authorisation,” he added.

“It could also be a meteorite,” he concluded.