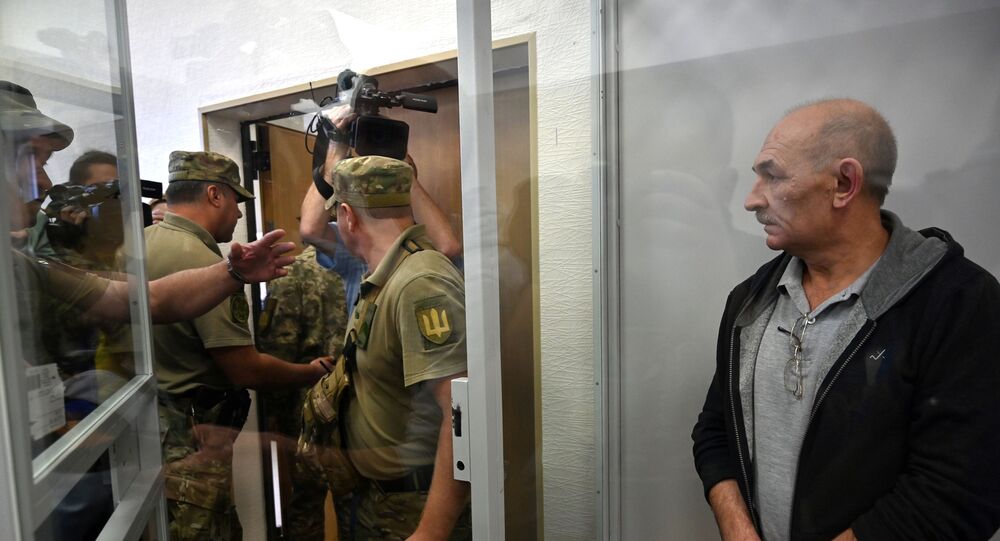 PARIS (Sputnik) - The Russian embassy in the Netherlands has not been contacted by the country’s authorities about extraditing Vladimir Tsemakh, an alleged witness in the case of Flight MH17 downing in Ukraine in 2014, the embassy said on Sunday.

"The embassy has not received any messages from the Dutch side regarding this issue," its representative said.

Earlier, local media reported that the Netherlands had asked Russia to extradite Tsemakh, who has just returned from Ukraine during the recent release of detainees. Ukrainian President Volodymyr Zelenskyy said that the Dutch police had already questioned Tsemakh, a former Donetsk People’s Republic’s commander, prior to him being sent back to Russia.

On Saturday, a number of detainees from both countries returned home, including filmmaker Oleg Sentsov and 24 Ukrainian sailors arrested in the Kerch Strait. RIA Novosti Ukraine's Kirill Vyshinsky was sent to Russia on the same day.

Malaysia Airlines Flight MH17, with 298 people on board, including 193 Dutch citizens, was shot down on 17 July 2014 as it was flying over eastern Ukraine, where a military conflict between the Ukrainian Army and the Donetsk People's Republic (DPR) was taking place at the time. Kiev delegated the investigation into the incident to the Netherlands, but before the probe even started, Western governments accused Russia of supplying the DPR with the weaponry that allegedly had downed the plane. Moscow denied being involved in the conflict in general, let alone supplying the DPR with arms.

© AFP 2020 / EMMANUEL DUNAND
The wrecked cockpit of the Malaysia Airlines flight MH17 is presented to the press during a presentation of the final report on the cause of its crash at the Gilze Rijen airbase October 13, 2015.

The Dutch-led Joint Investigation Team, which doesn’t include Russia despite the latter’s willingness to provide valuable data regarding the incident, including radar readings, released a report in 2018 claiming that the missile that shot down MH17 had been launched by DPR forces and that the Buk launcher was delivered from Russia. In 2019, the JIT accused three Russians and a Ukrainian of being responsible for the jet's crash, issuing international arrest warrants for them for a trial that is set to take place later in 2020.

Moscow rejected the results of the JIT's investigation, saying that it was politically motivated and biased. It also stressed that the investigative team had based its accusations on unverified social media images and videos, as well as assertions made by the Ukrainian government. Russian President Vladimir Putin condemned the report for failing to address "a lot of questions" that remain unanswered and accused the JIT of simply "appointing perpetrators" instead of figuring out what actually happened on the day of the crash.

Russia carried out its own investigation into the MH17 crash and provided the JIT with evidence that the Boeing was hit by Ukraine's Buk systems. However, this information was ignored by the Dutch investigators.