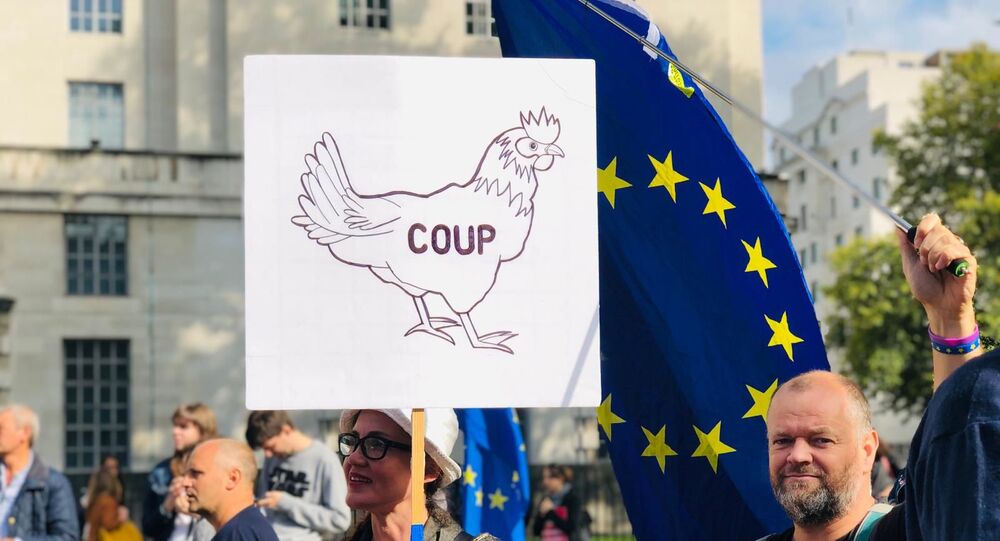 On Friday, UK's Prime Minister Boris Johnson said he would use his "powers of persuasion" to win a new Brexit deal at the 17 October EU summit. His announcement came after Labour and other opposition parties had agreed not to support Johnson's demand for a general election before the summit.

Protesters have been taking to the streets of London to rally in support of Brexit, UK Prime Minister Boris Johnson and activist Tommy Robinson. The demonstration was organised by the "Democratic Football Lads Alliance" group.

At the same time, another protest - "Demand Democracy: Johnson Out! #StopTheCoup" has begun in London. The first "stop the coup" protest took place in several UK cities last week after Johnson announced his decision to suspend parliament.